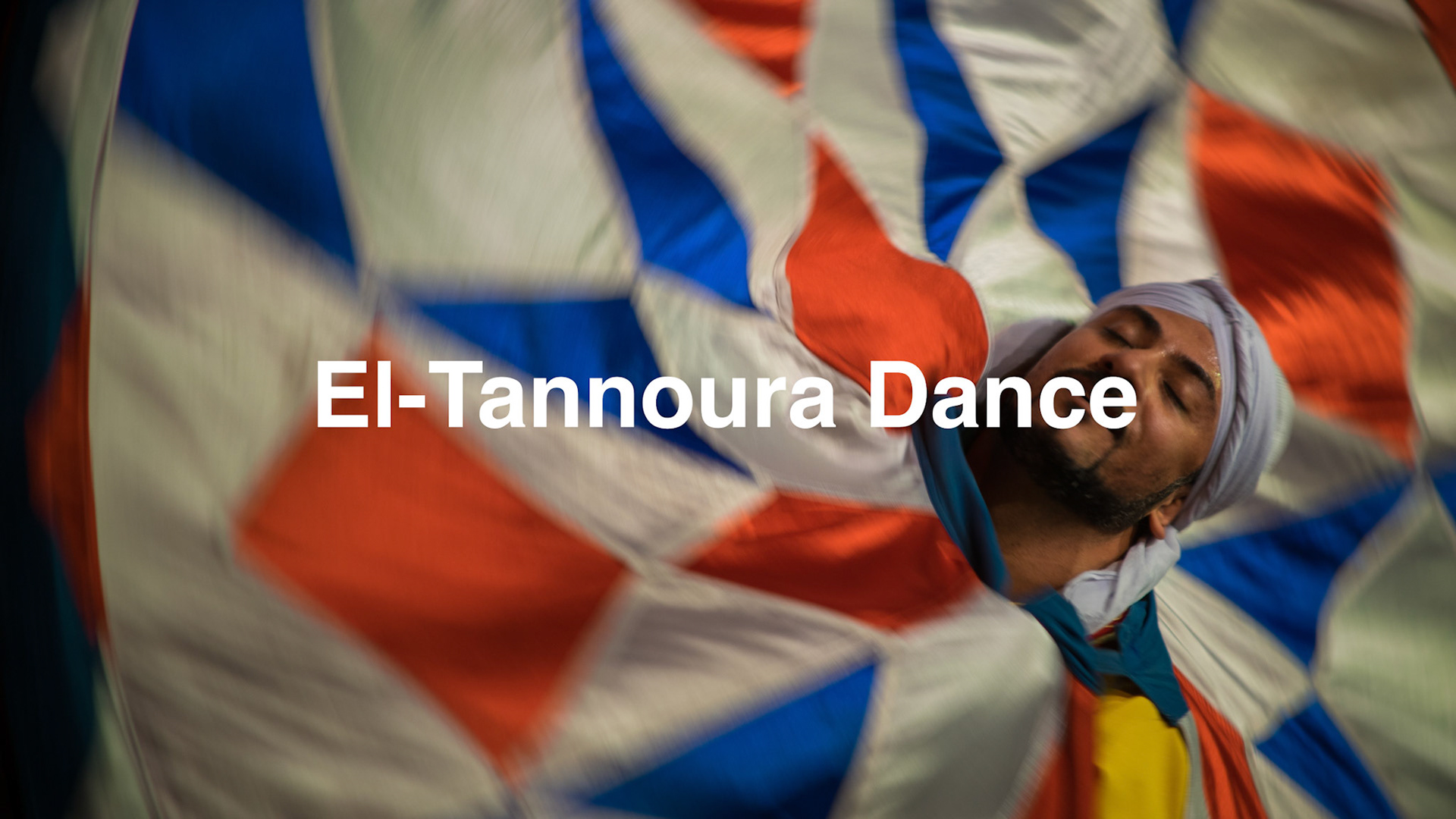 The Al-Tanoura Egyptian Heritage Dance Troupe performs the traditional Egyptian El-Tanoura (or El-Tannoura) dance three nights a week at the Wekalet El Ghouri Arts Center in Cairo. Commonly referred to as the “Whirling Dervish” show, it is a popular attraction for locals and tourists alike. The 90 minute show features music, singing, and dancers whirling around in colorful costumes.
The Tannoura dance was likely inspired by the whirling dances of the Melva and other orders in the Sufi branch of Islam. In the Sufi version, the dancing is done as sama, or physically active meditation, as part of a larger Sema worship ceremony. The goal of the Sema is to reach the source of all perfection through meditation. One origin of the dance is from the Sufi order of Mevlevi, that was founded in Turkey in the 13th century by Mevlâna Jalâluddîn Rumi. The story goes that when one day Rumi was walking through the bazaars of Persia (Iran) he became mesmerized when the beats of the hammers by the goldsmiths synced with the chanting of his followers in tow and caused him to start spinning, which put him into a trance-like state and has since been emulated by his followers. One theory is that the dance was brought to Egypt by the Turks during their long rule of Egypt. The Egyptians kept the dancing and augmented it with musical instruments and colorful costumes and removed the religious and meditative aspects of the dance. 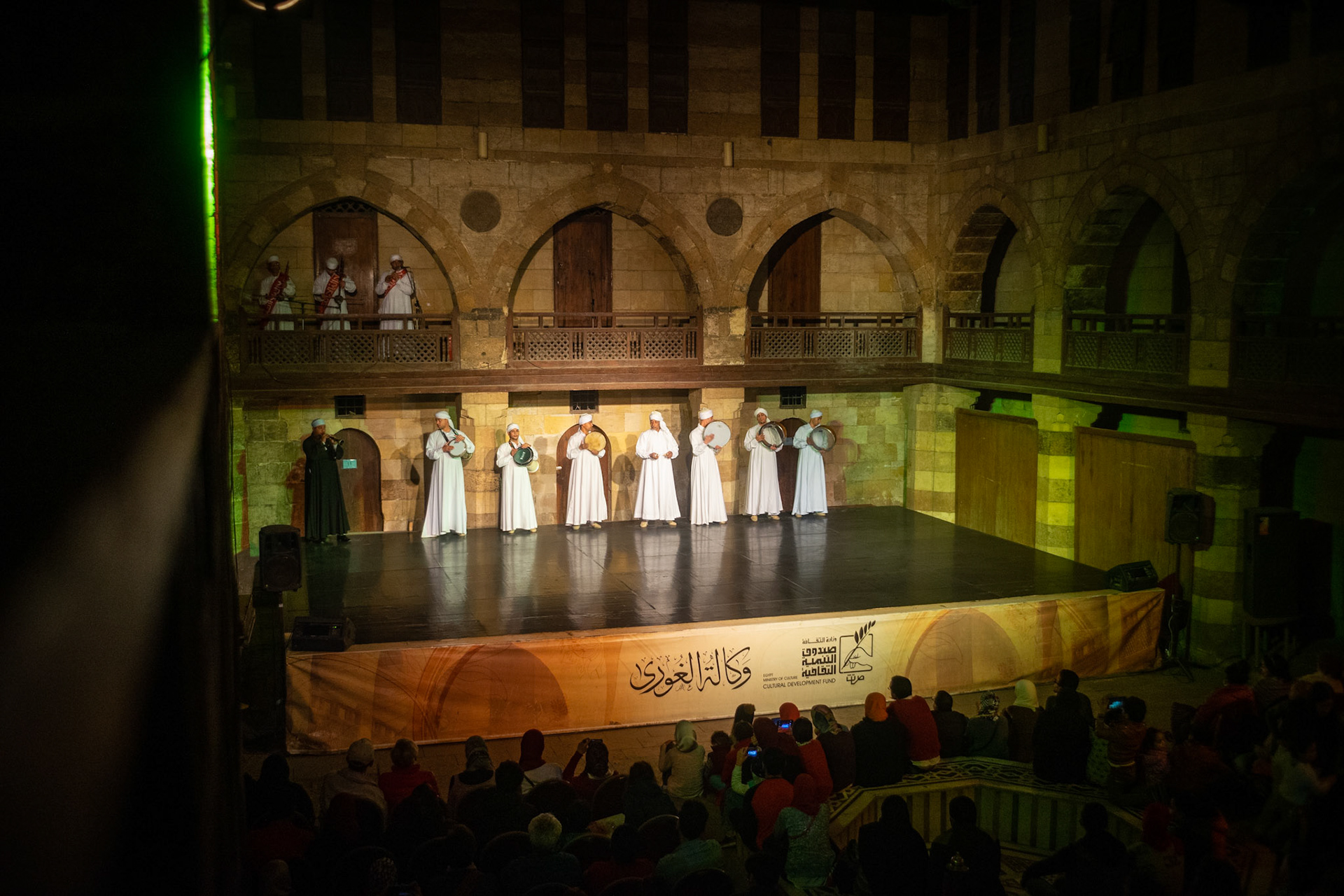 The show is held in the Wekalet El Gouri (or El Goury) Arts Center. The building was constructed in 1504 A. D by sultan Qunsuwah El Ghouri as part of a larger complex that included a mosque and palace. The weekly was a large, rectangular building with a n open-air courtyard in the middle where merchants gathered for trade. The merchants stored their goods on the ground level while a balcony connected various offices and shops on the second story. The three levels above were used by the merchants as residences for themselves and their families. The building was renovated in 2006 and operates under the Ministry of Culture and the Cultural Development Fund (CDF). 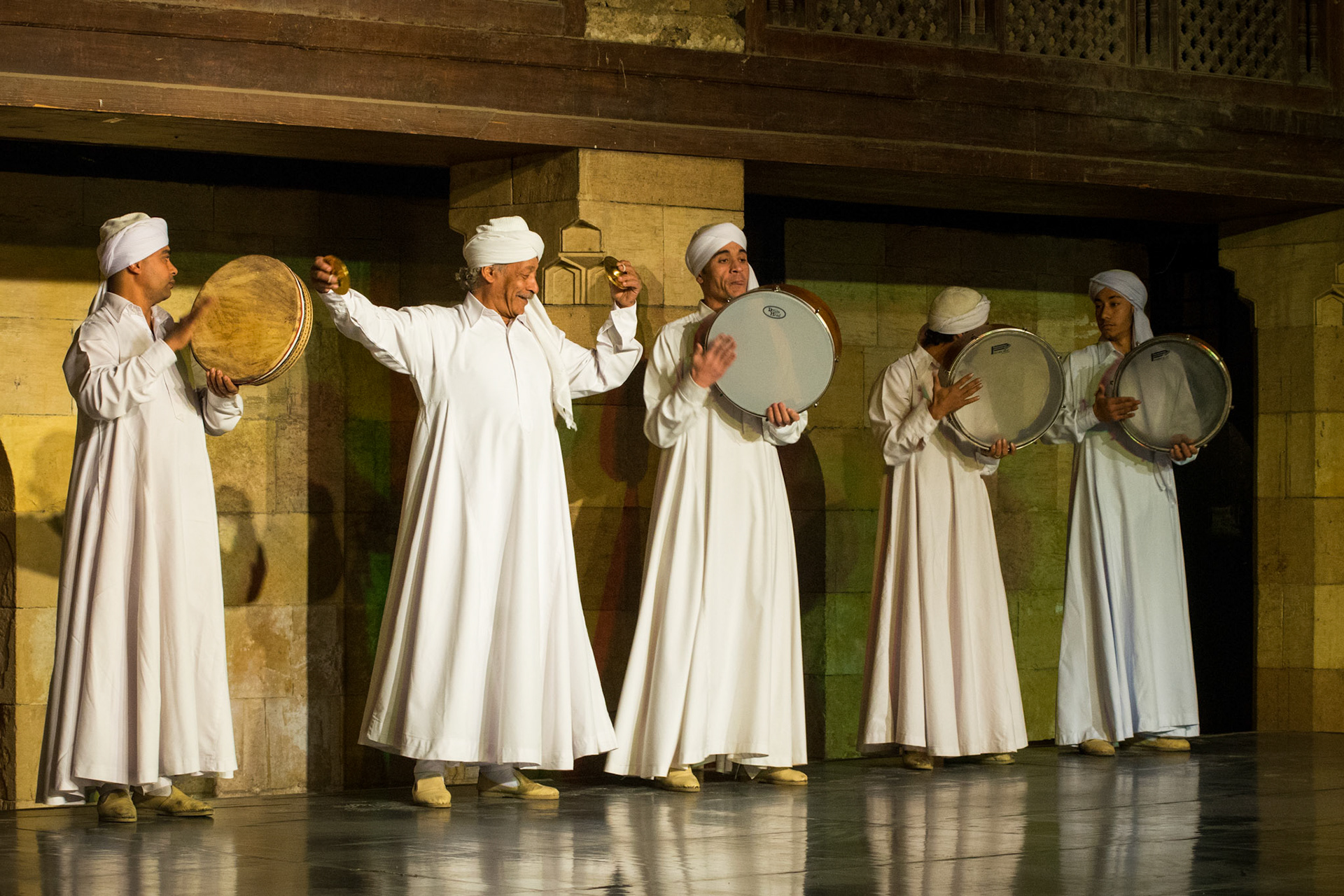 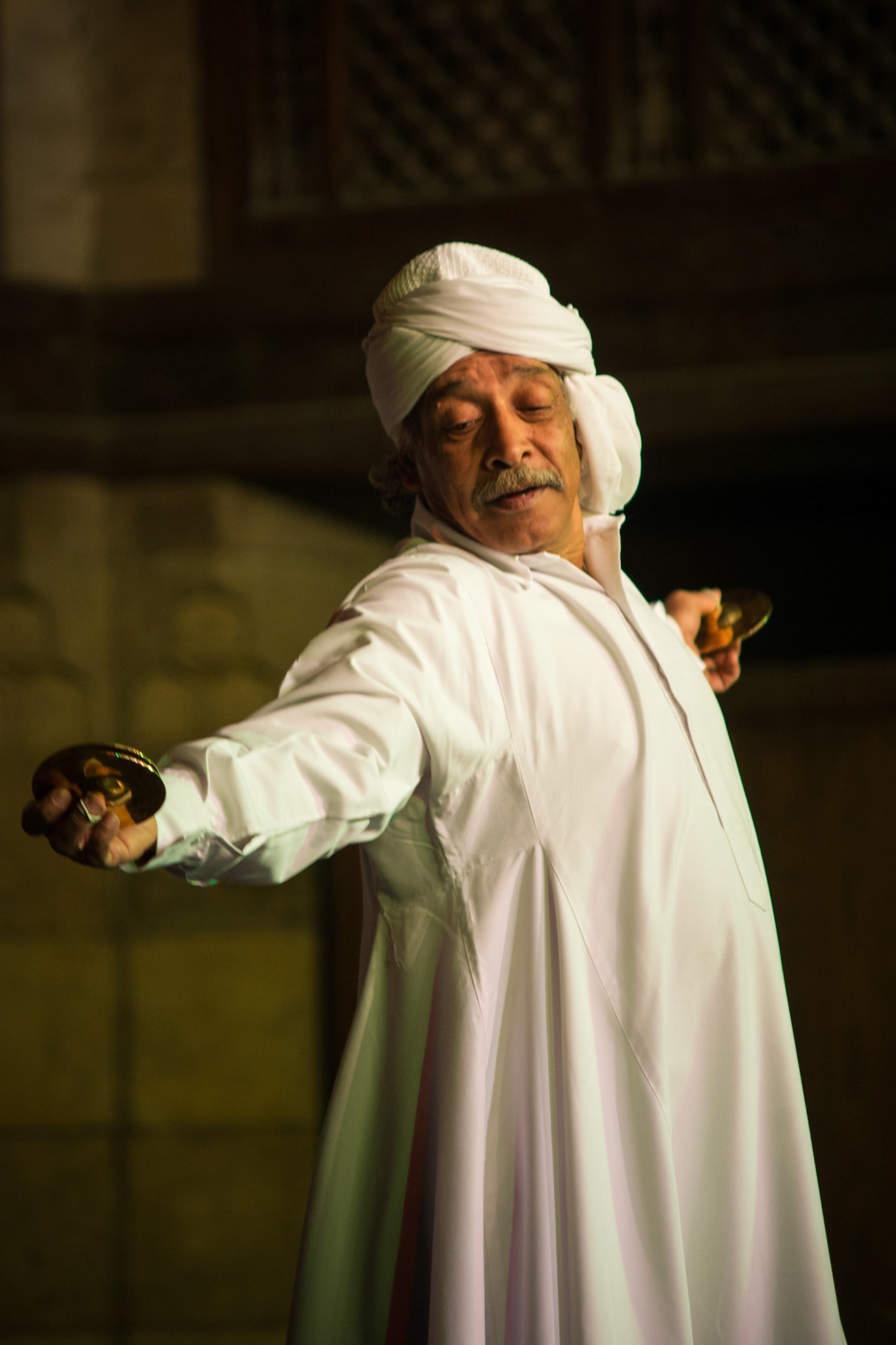 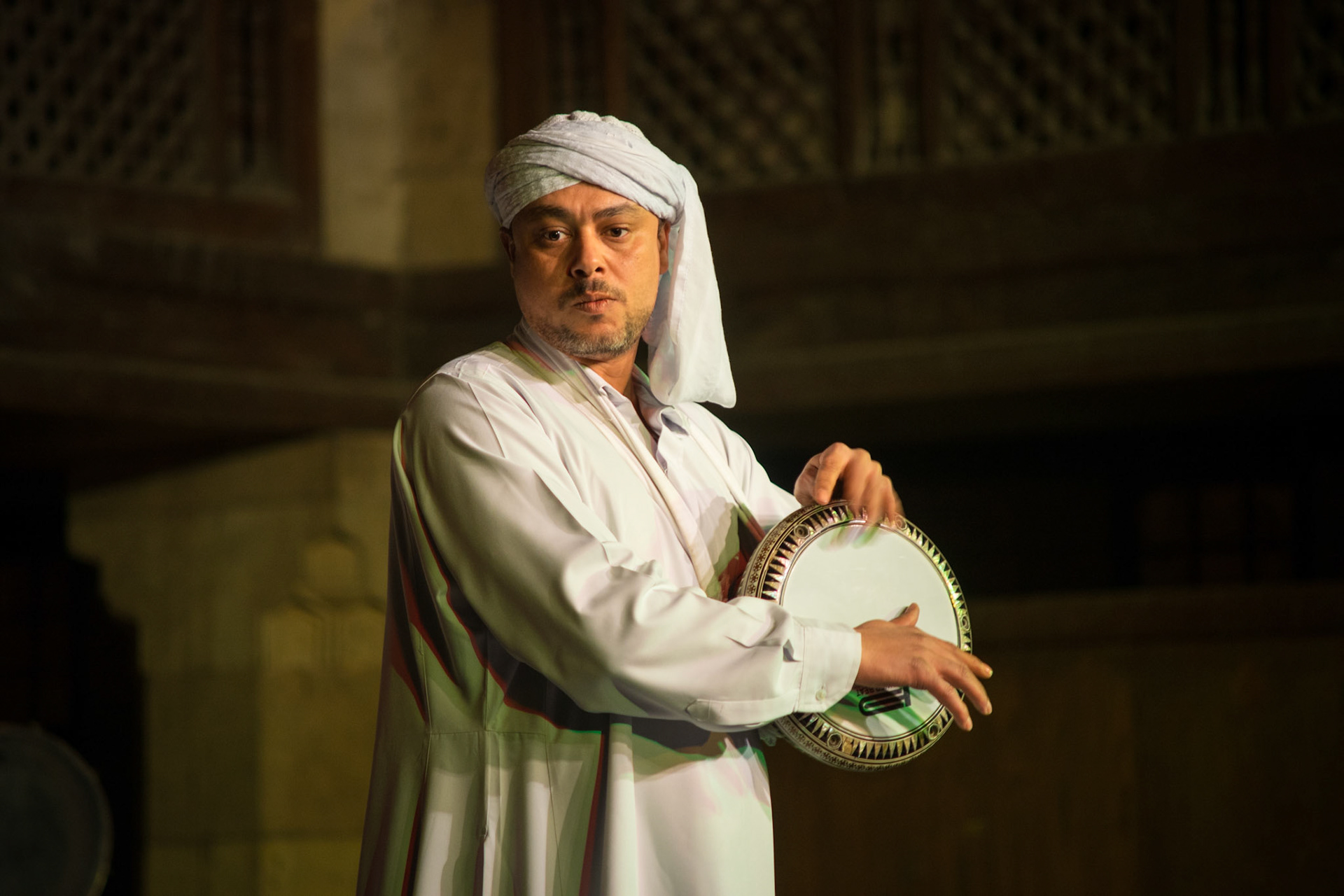 The first act of the show features a group of musicians playing different instruments, including flutes, drums, and cymbals. The musicians play as a group but different individuals come forward and highlight their particular instrument. The cymbal player, in particular, is very dynamic with a strong stage presence. He supplements his playing with exaggerated facial expressions and poses. 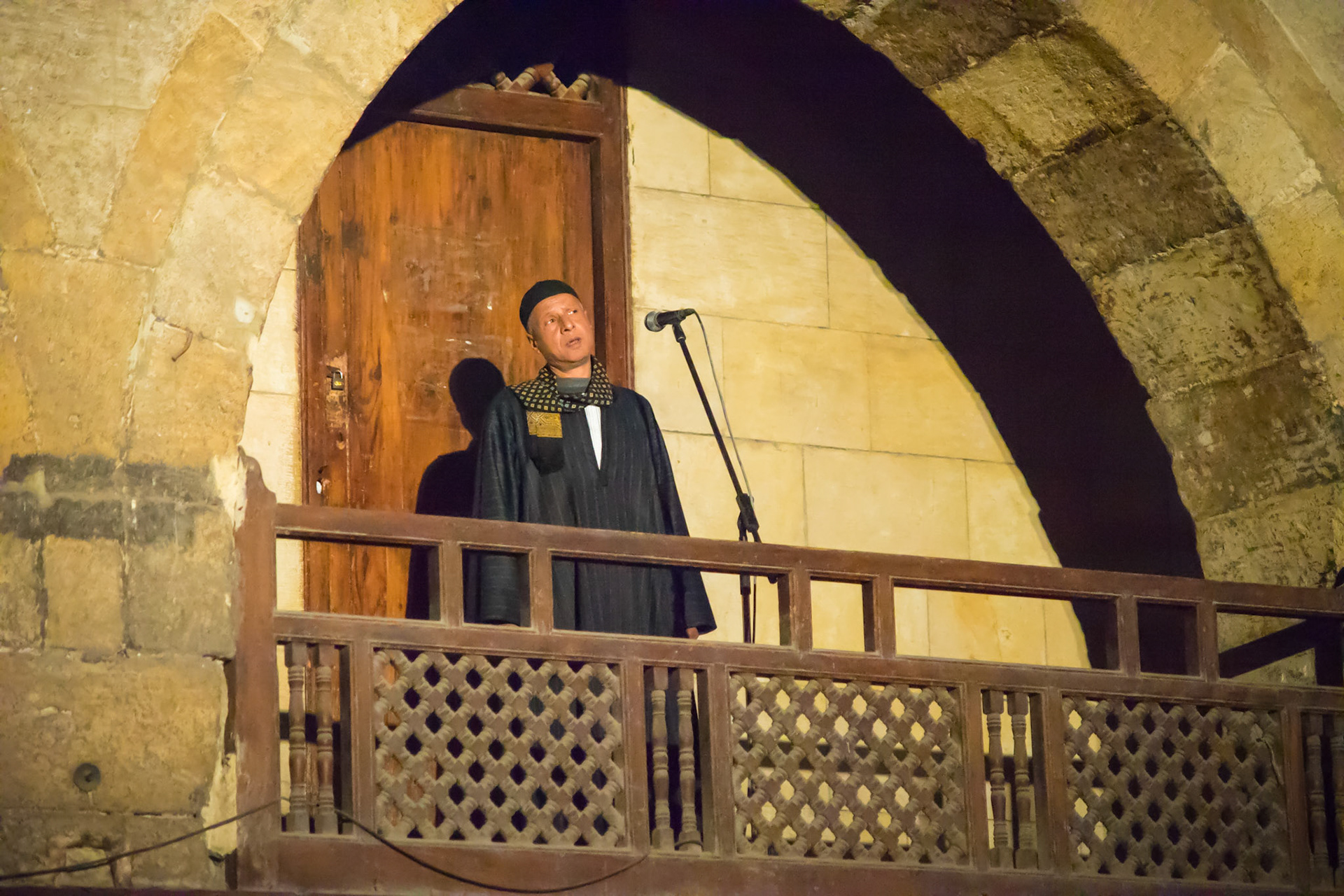 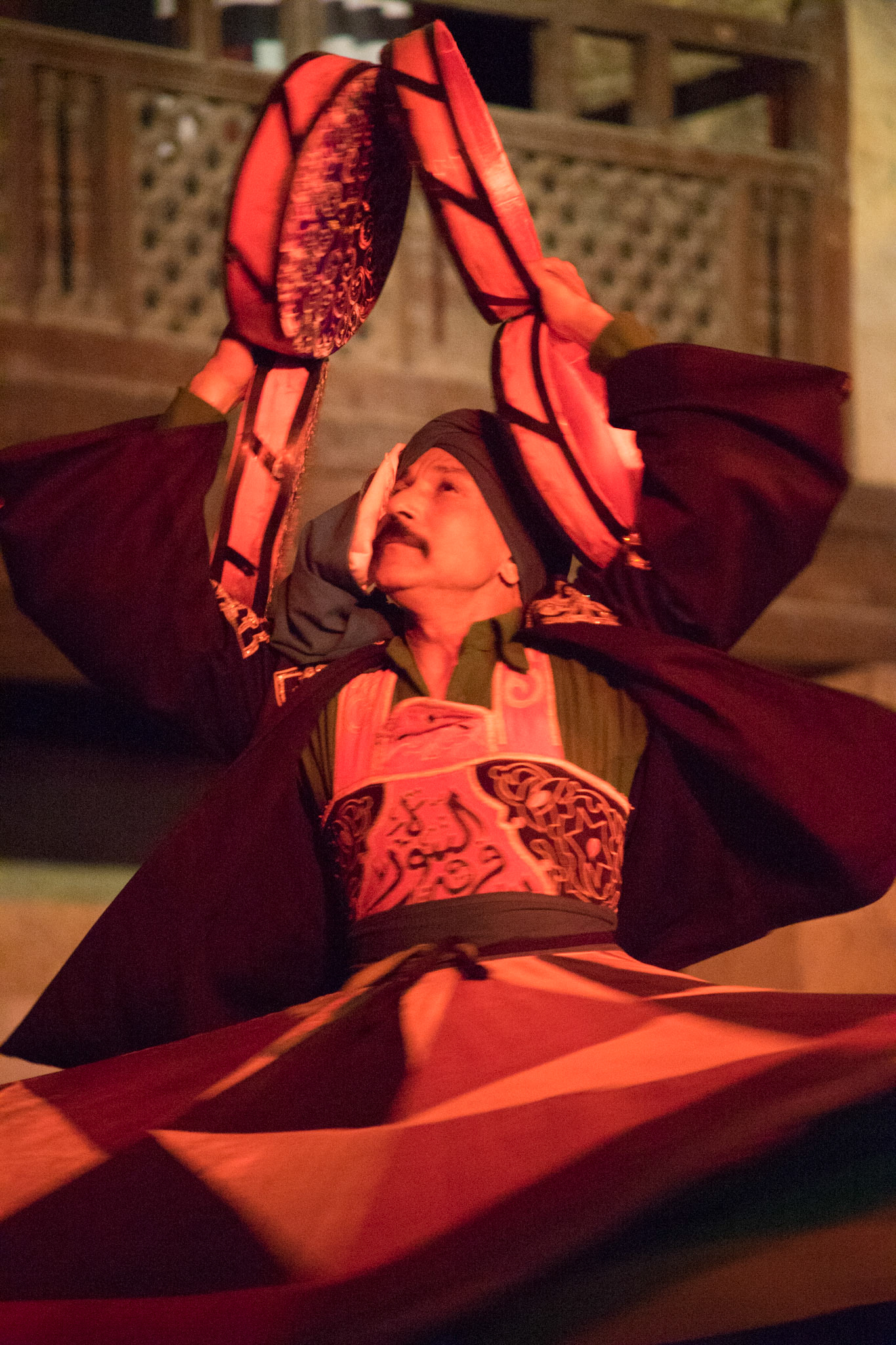 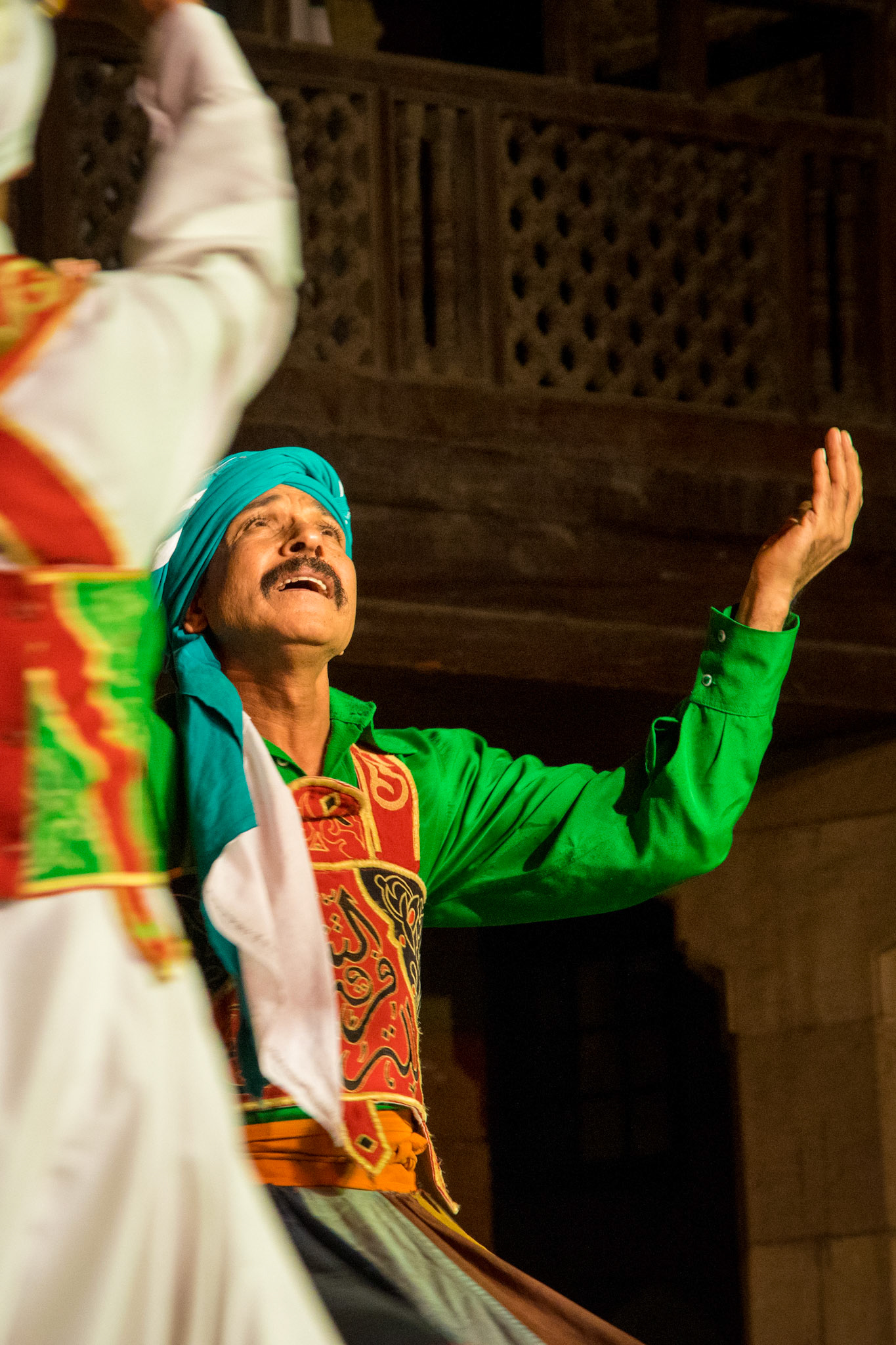 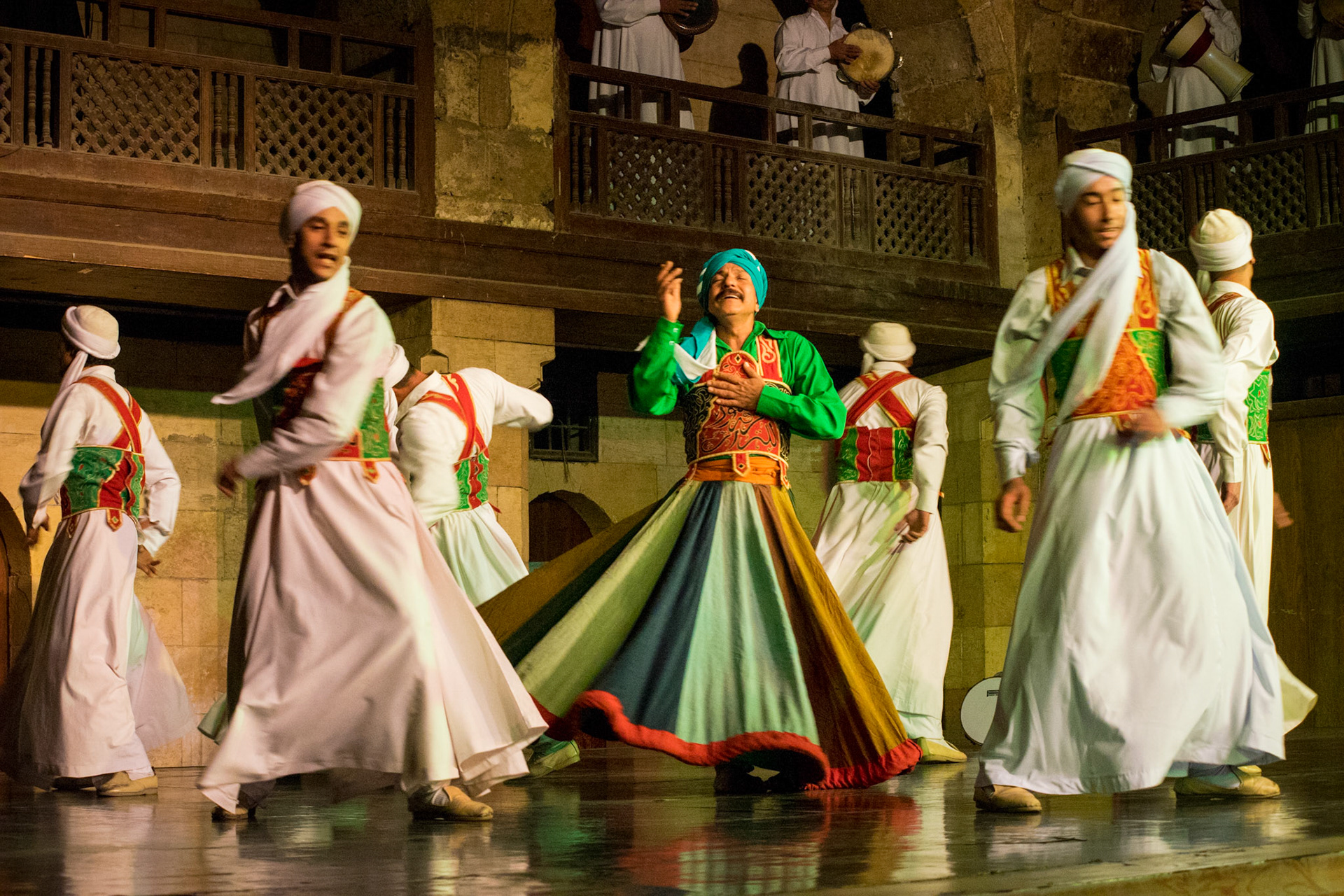 The second act includes a muezzin singing from the balcony and features a single dancer in a colorful costume surrounded by other dancers wearing plain white dress. During his 20-minute long dance he slowly removes one layer of skirt as well as dancing with a large green flag emblazoned with the word “Allah” on it. 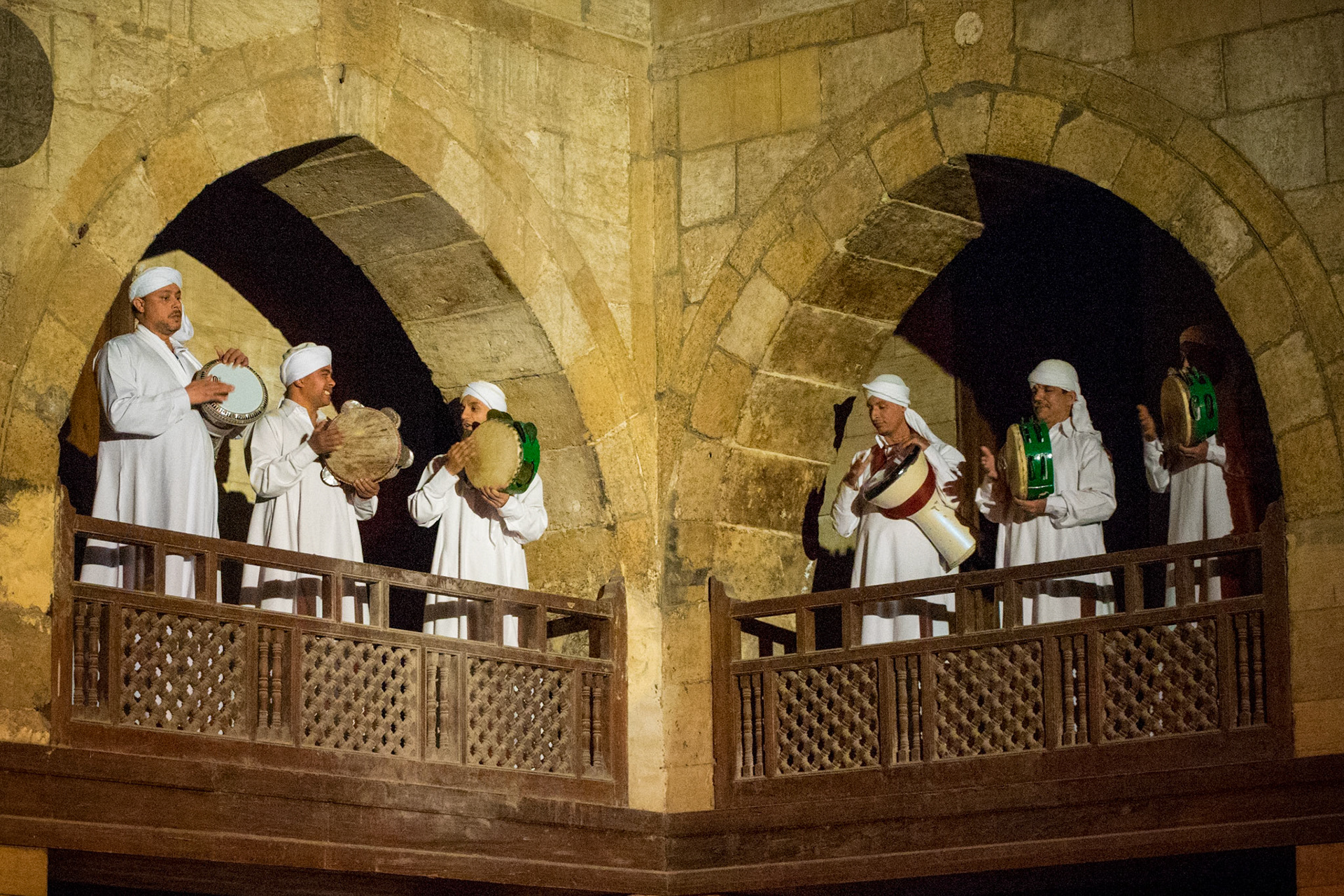 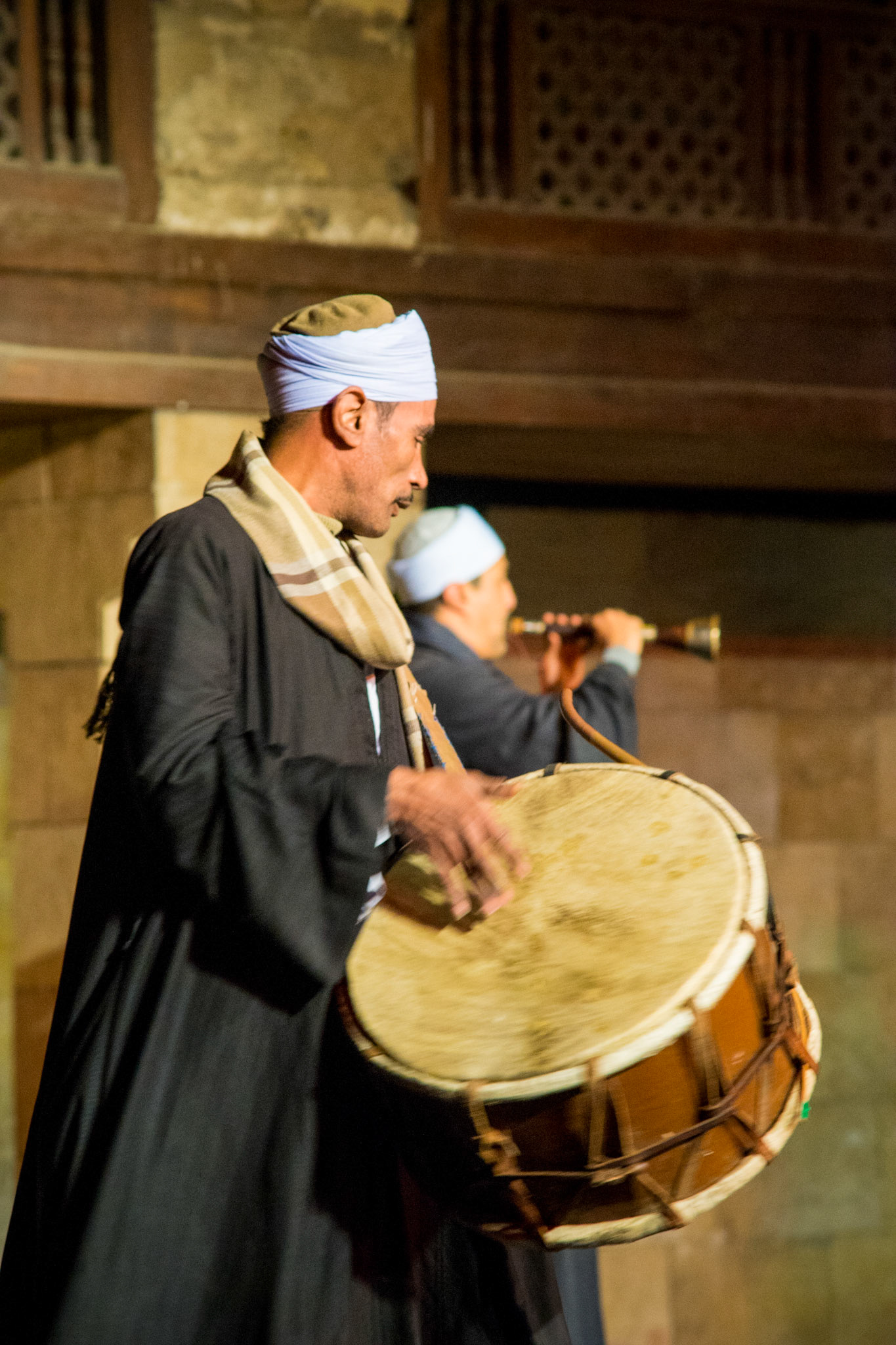 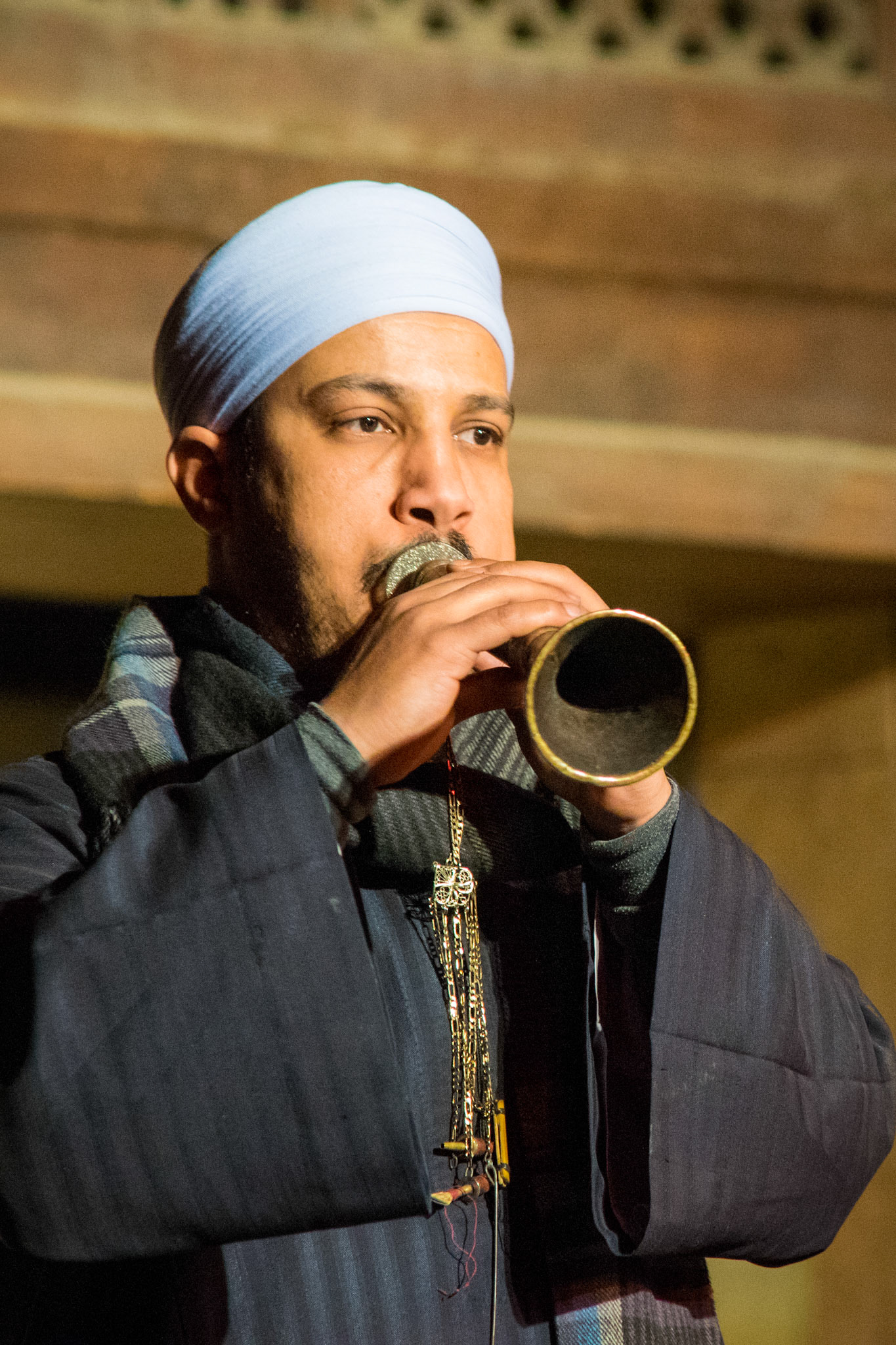 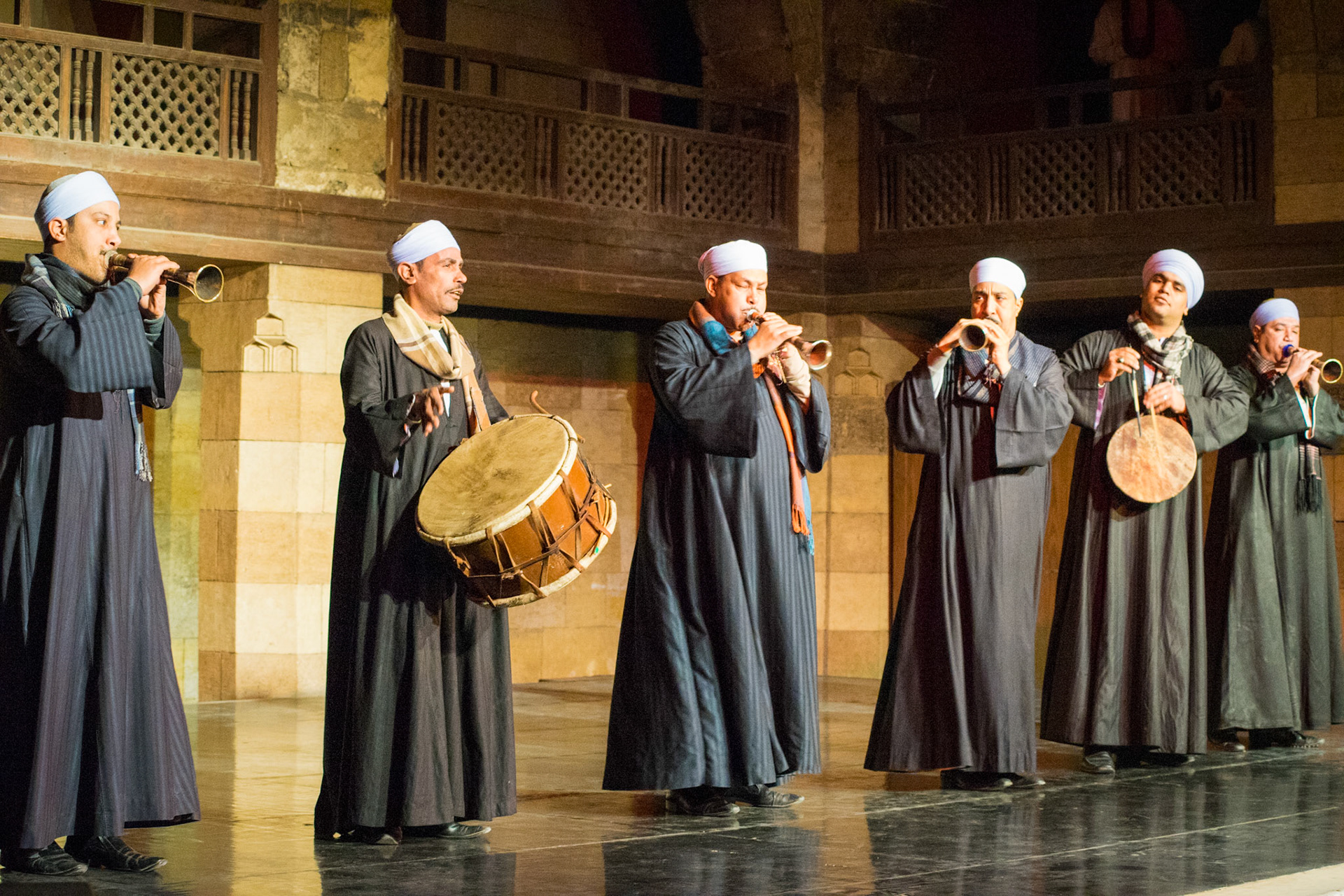 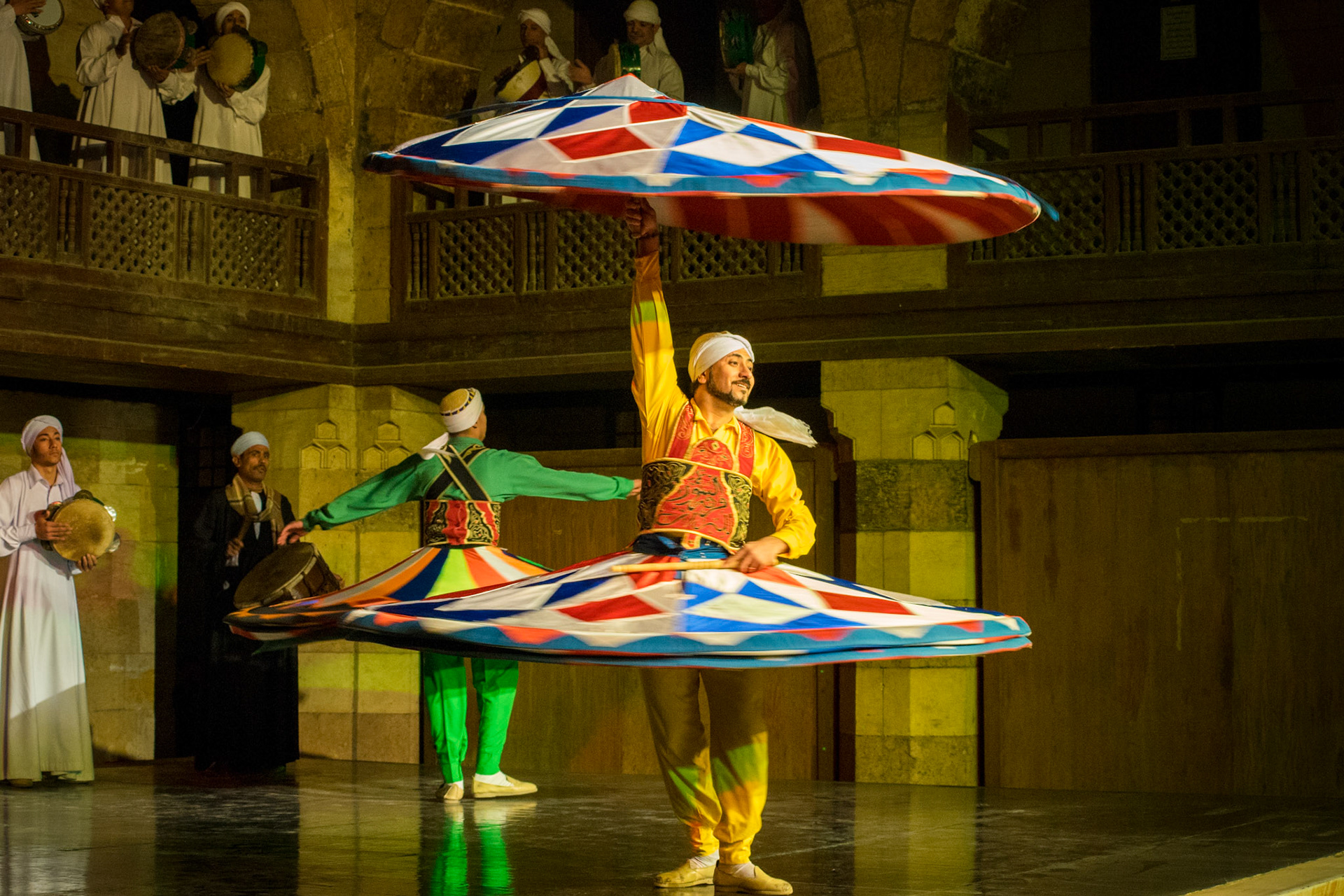 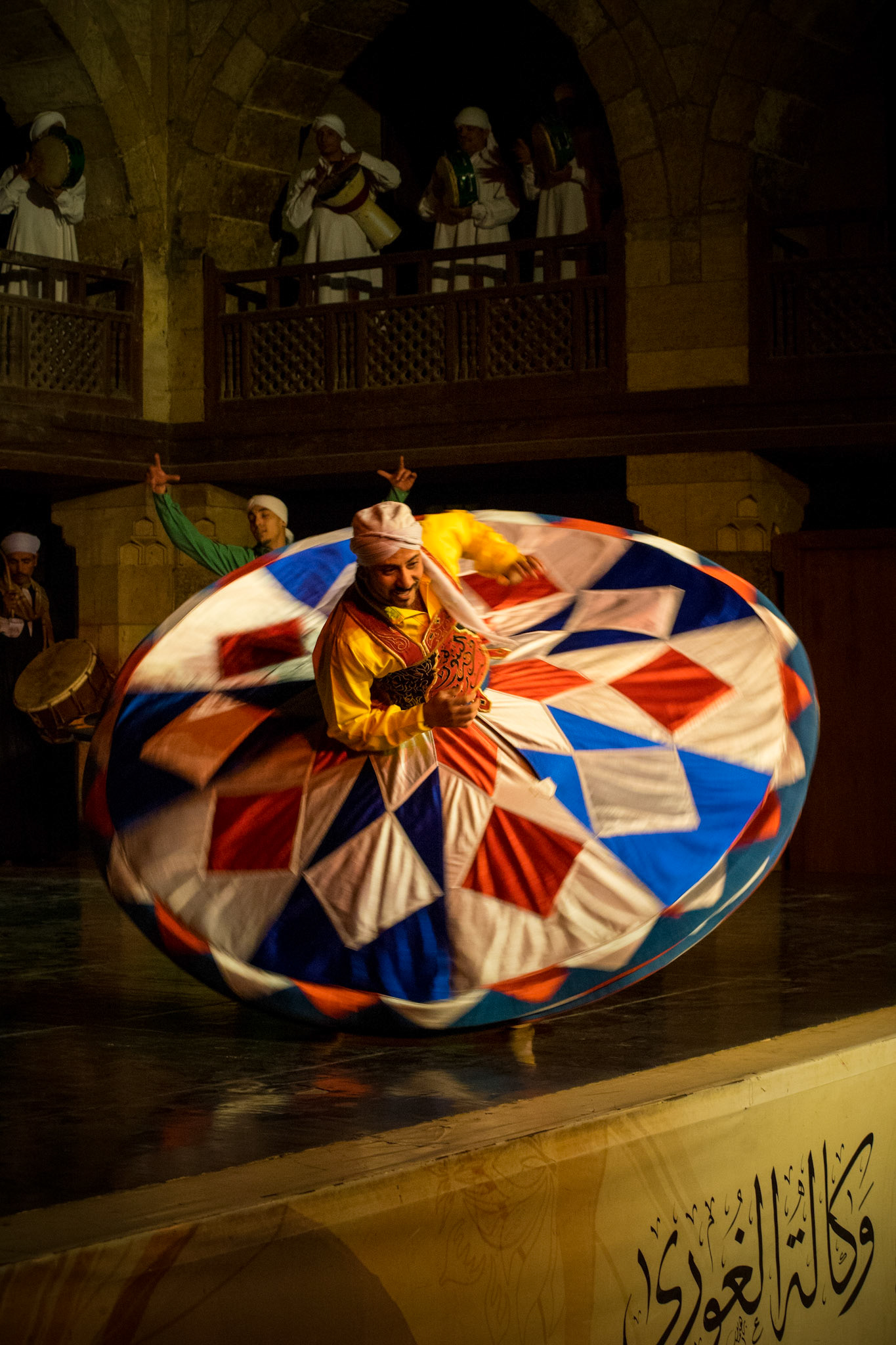 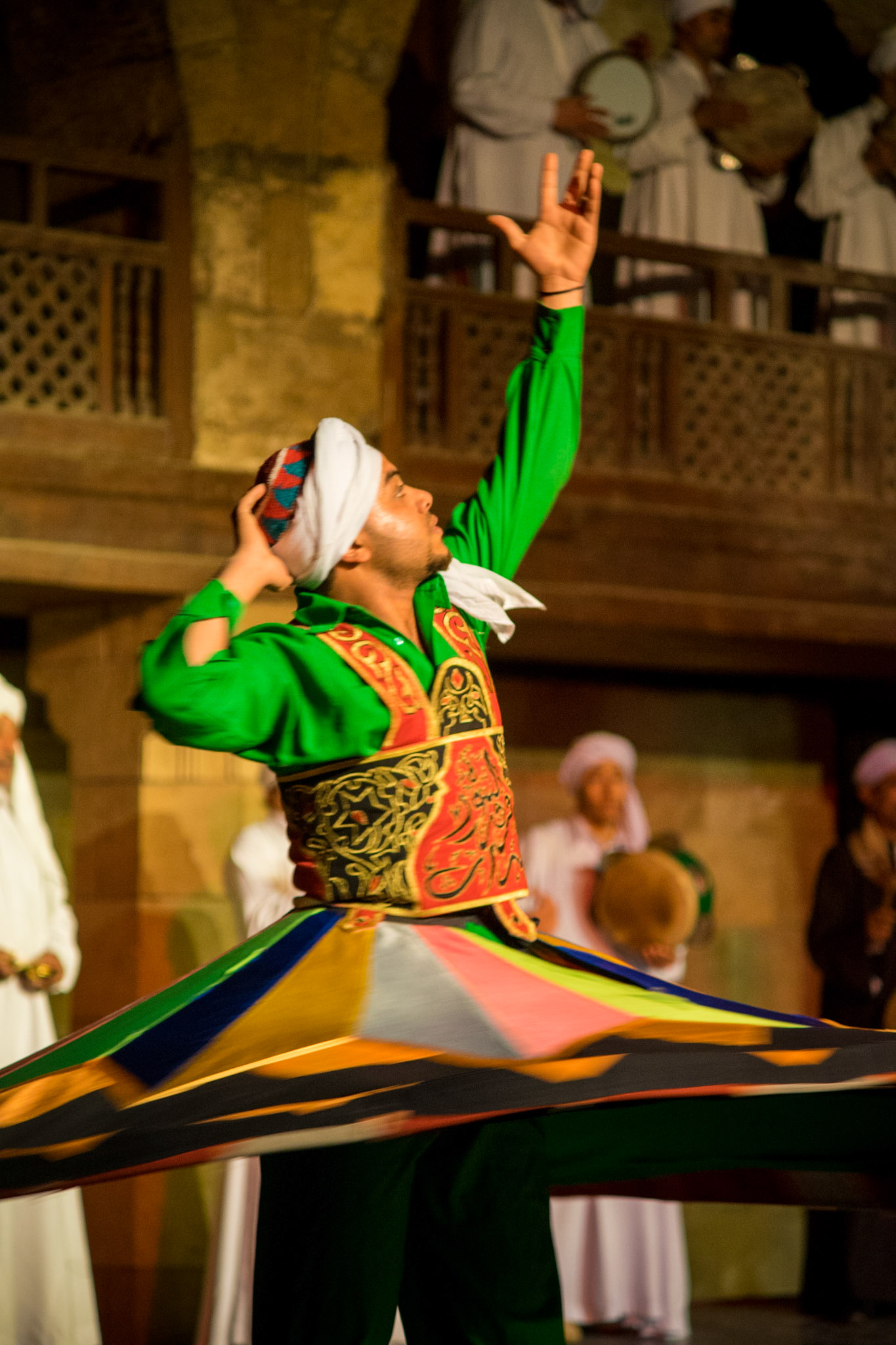 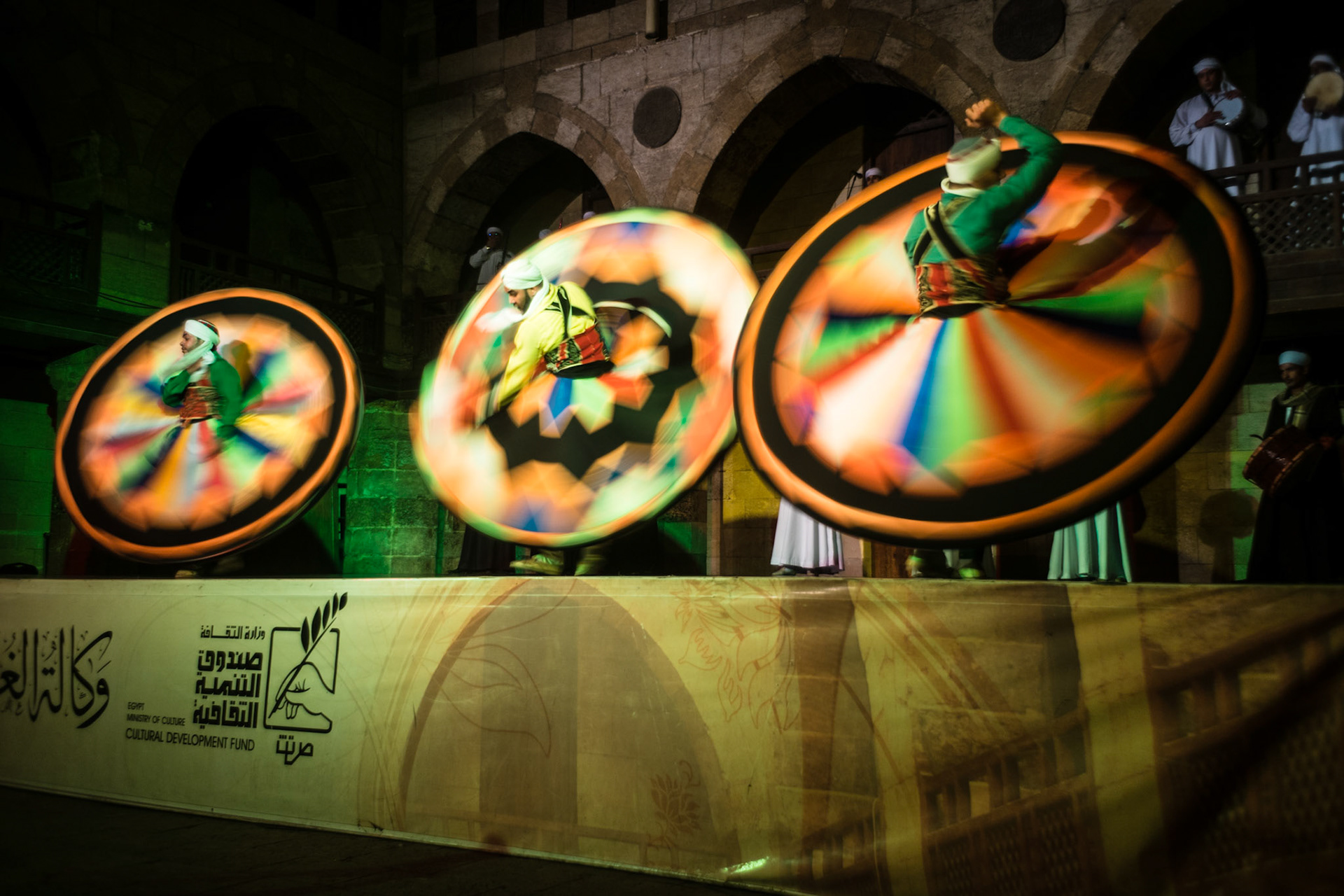 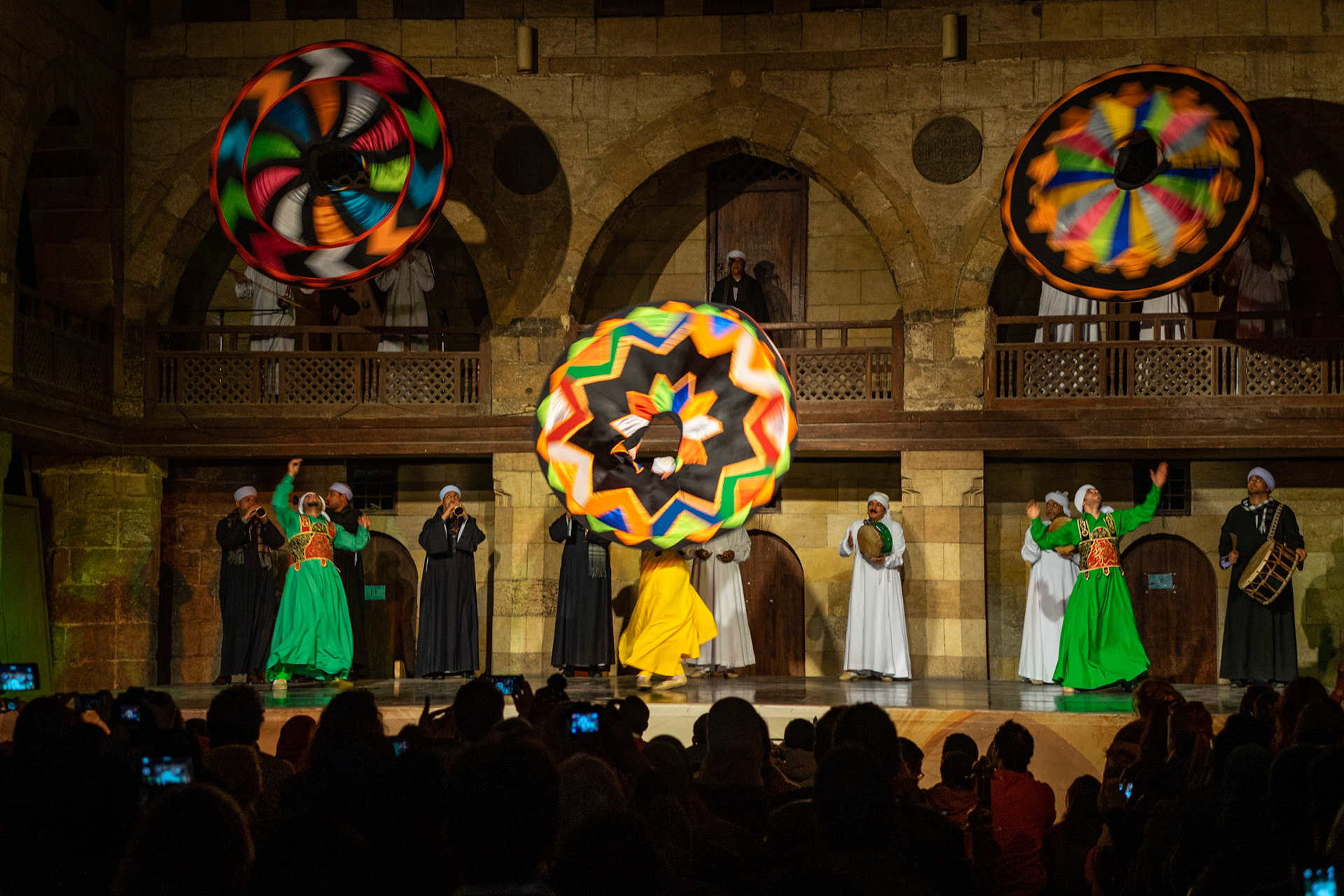 As of late 2016, the performance is held every Monday, Wednesday and Saturday night at 7:30 pm. Every performance I have been to has been packed and it is good to arrive about an hour ahead of time to get tickets and seats. It is located directly across Al Azhar Street from the Khan El-Khalili market. You can find it on Google Maps by searching for “Wekalet El Ghouri museum” (you need to include the “museum” or it will take you to a nearby location). 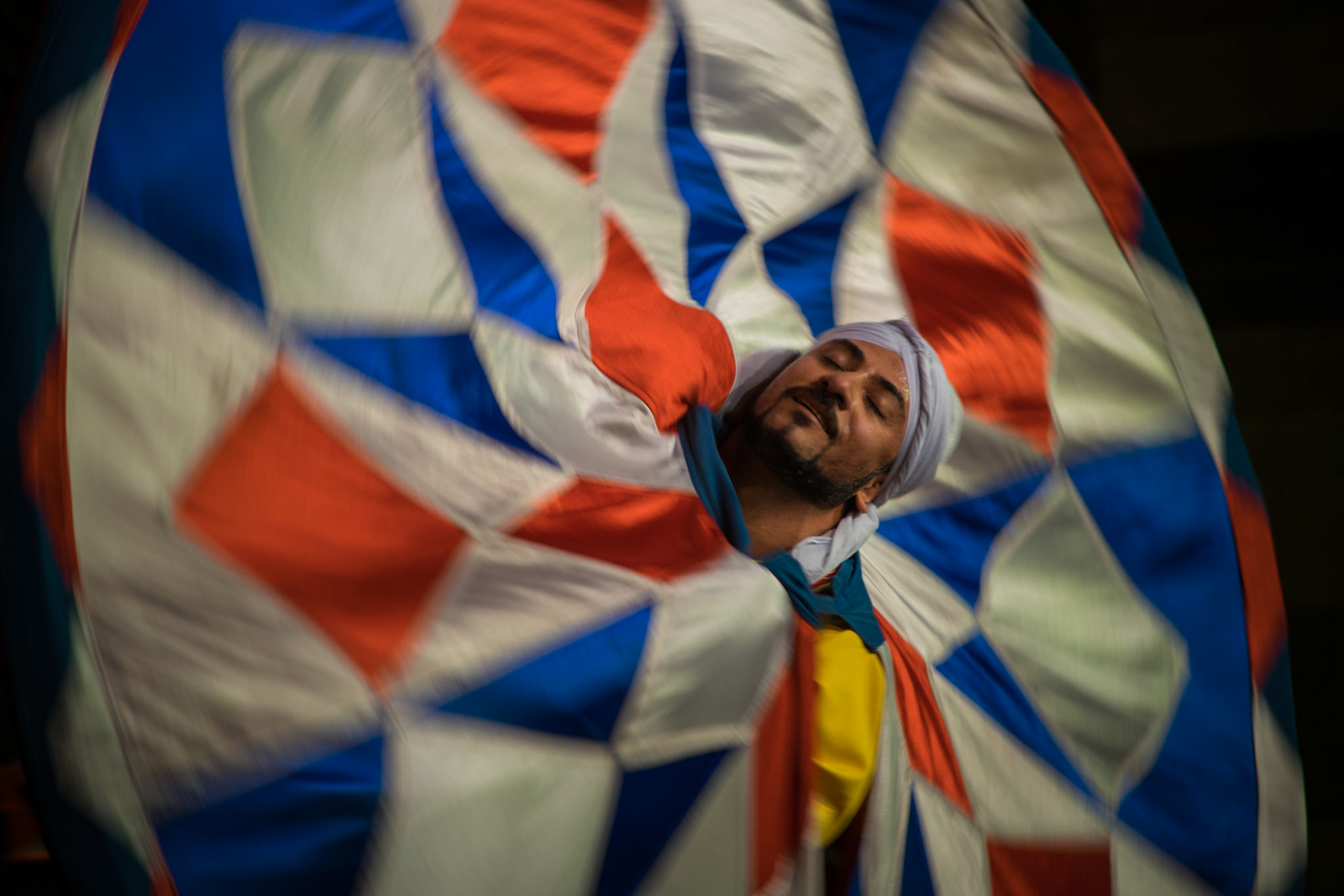 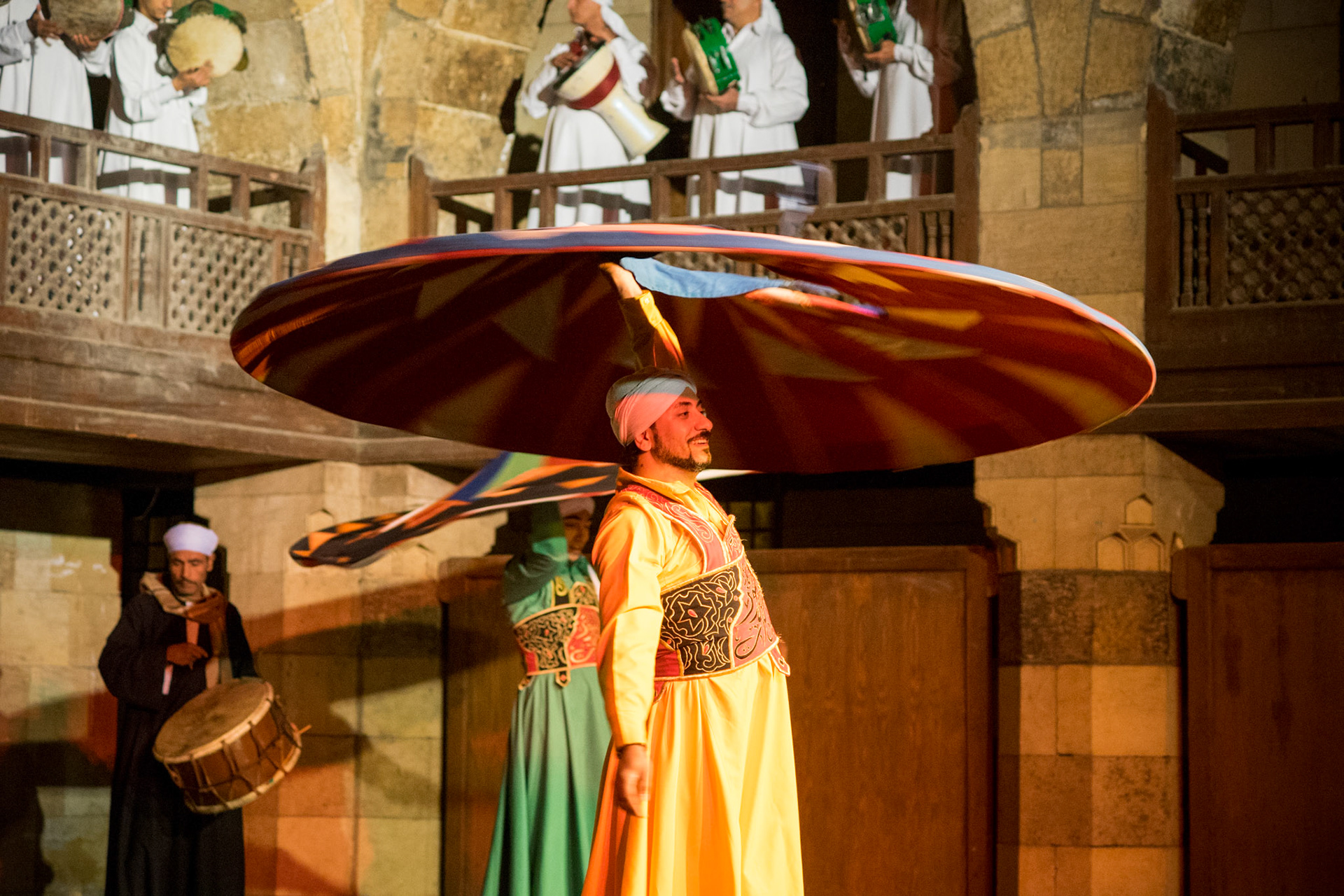 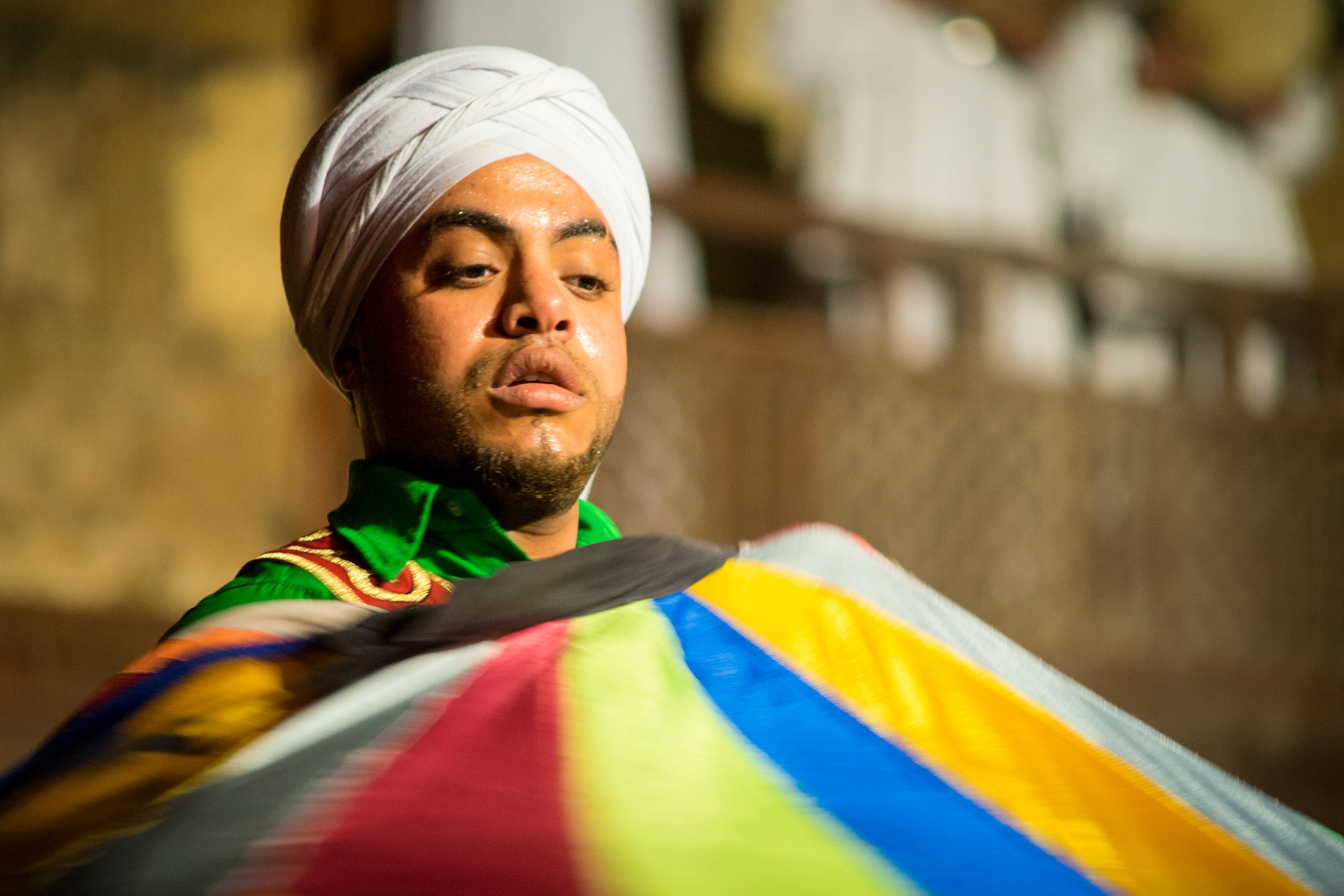 Nice Battle of the Flowers

Deauville Beach Umbrellas
↑Back to Top