The Ducor Palace Hotel in Monrovia was the first international-class hotel constructed in Liberia, and for many years it was one of the few five-star hotels in Africa. It had three hundred rooms, a pool, tennis courts, and a French restaurant. It was popular with tourists and businesspeople from Africa and around the world. From its perch on top of Ducor Hill the hotel overlooked the Atlantic Ocean and the Saint Paul River. 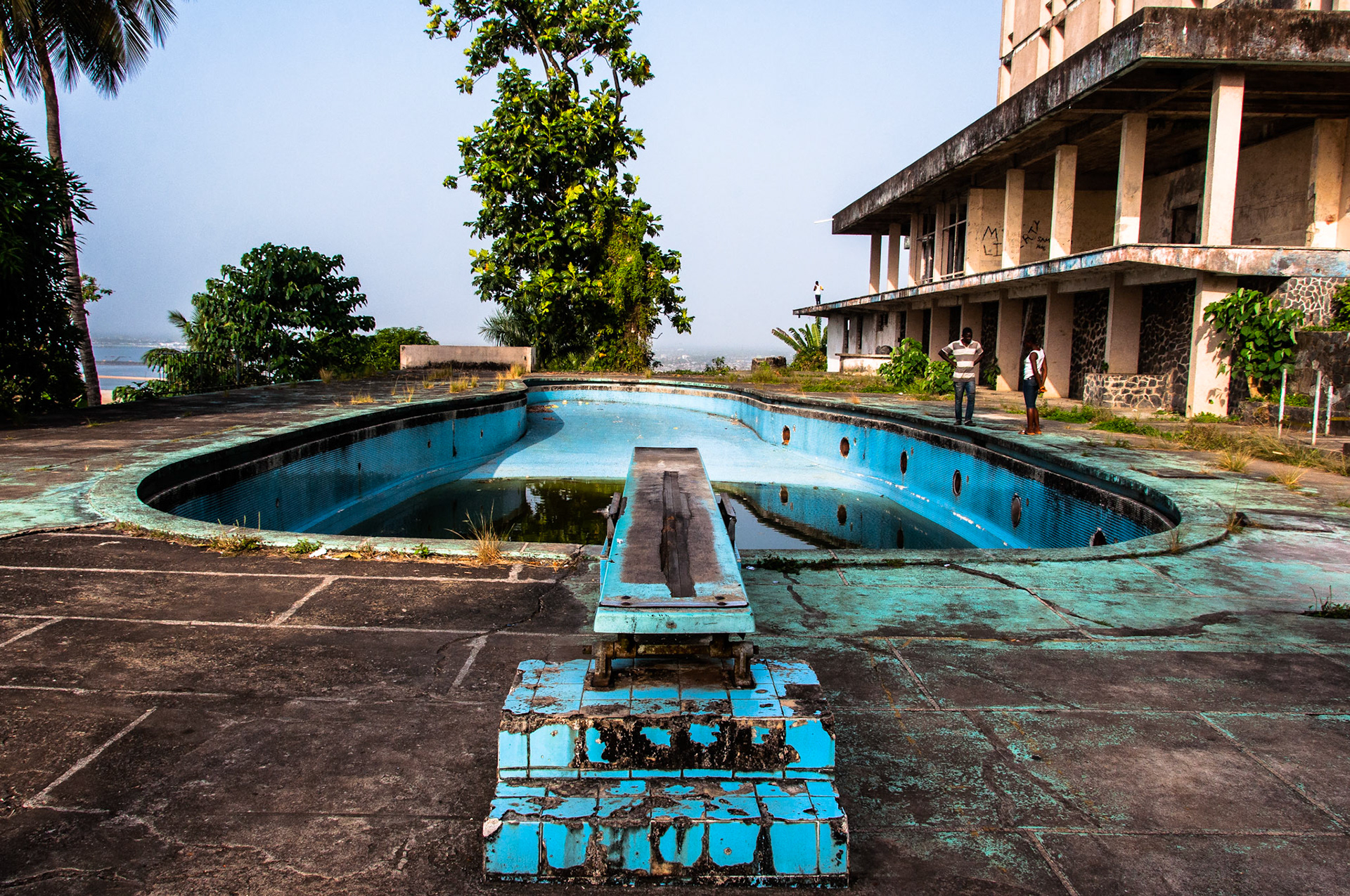 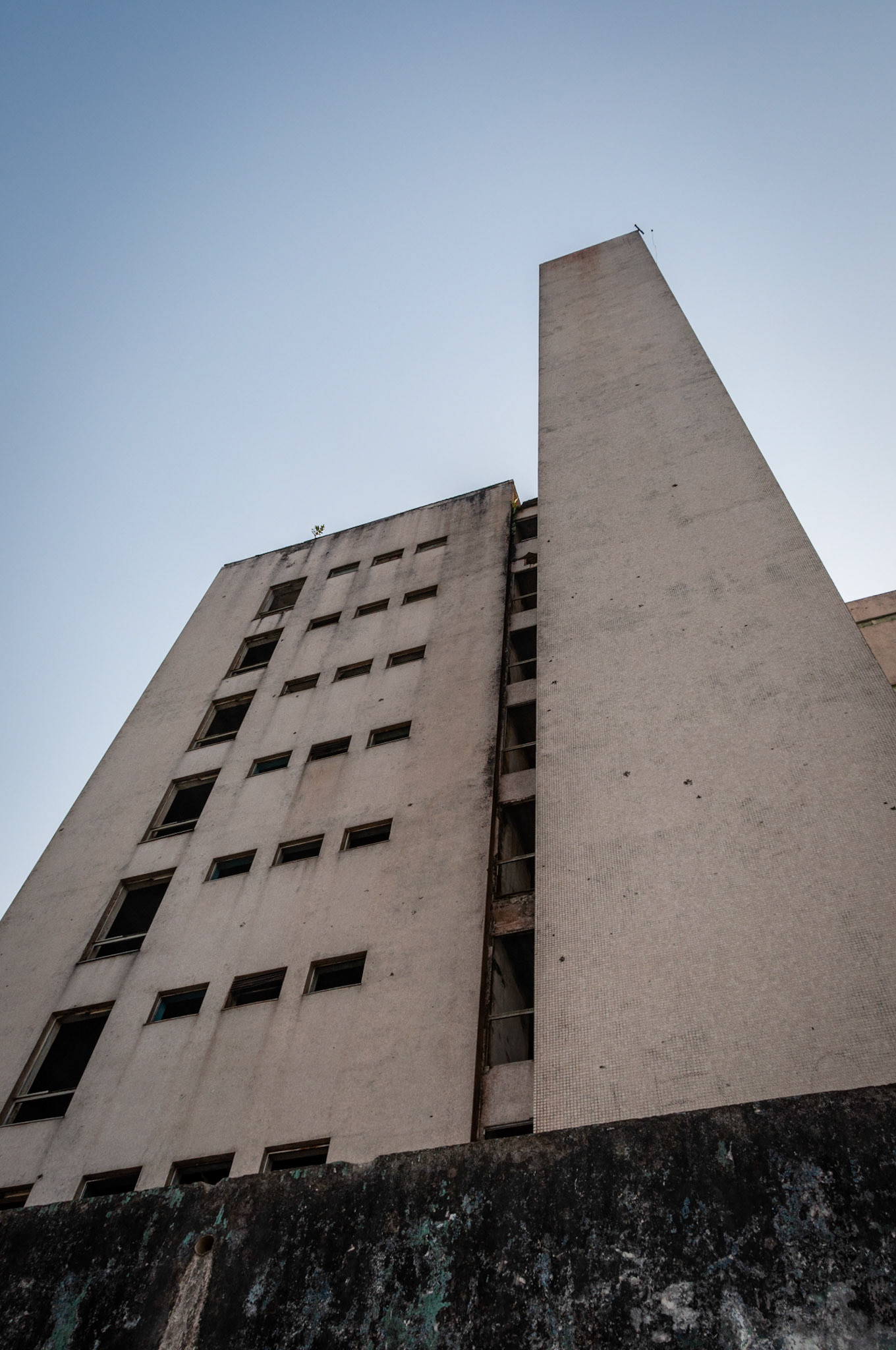 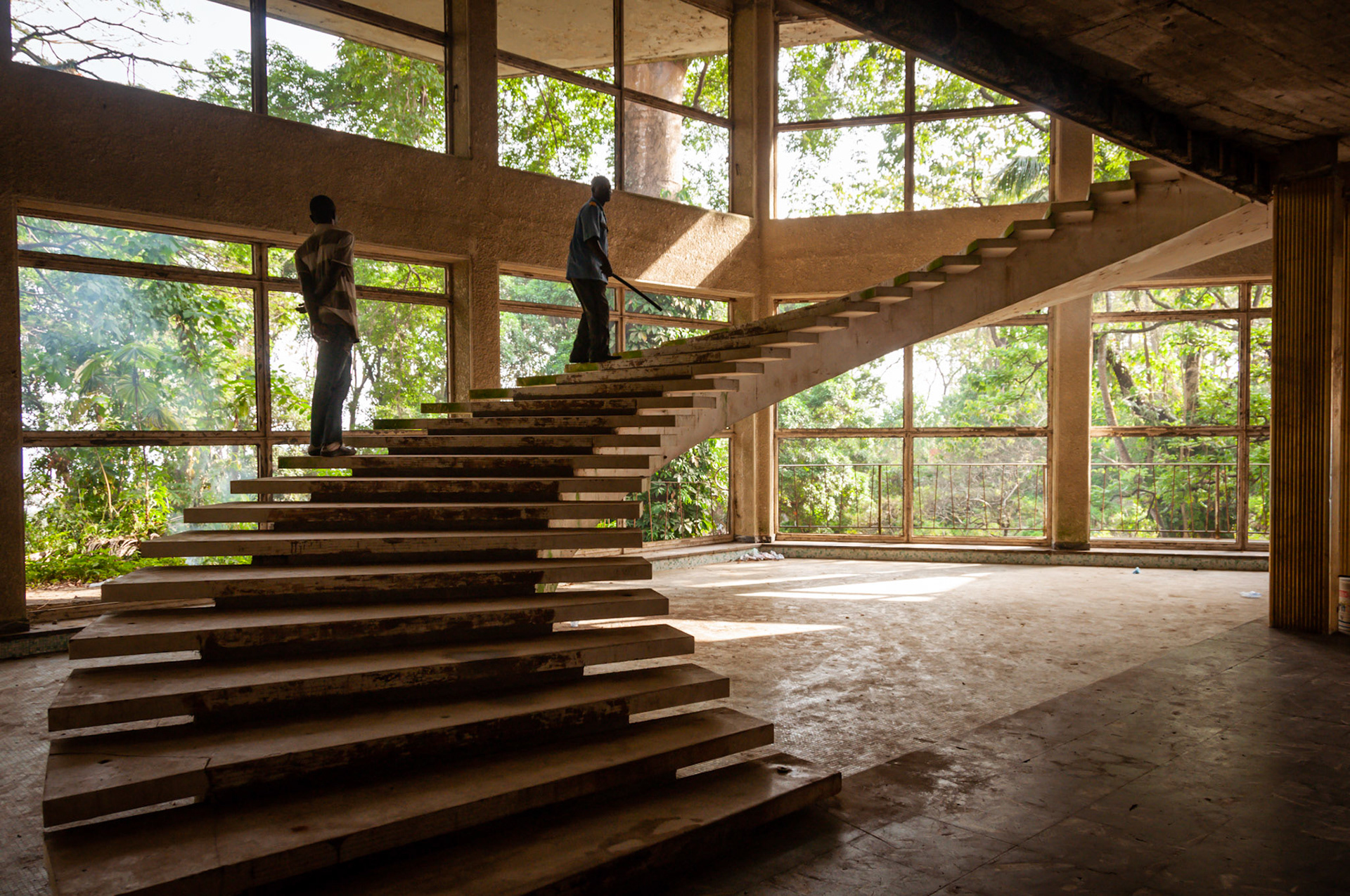 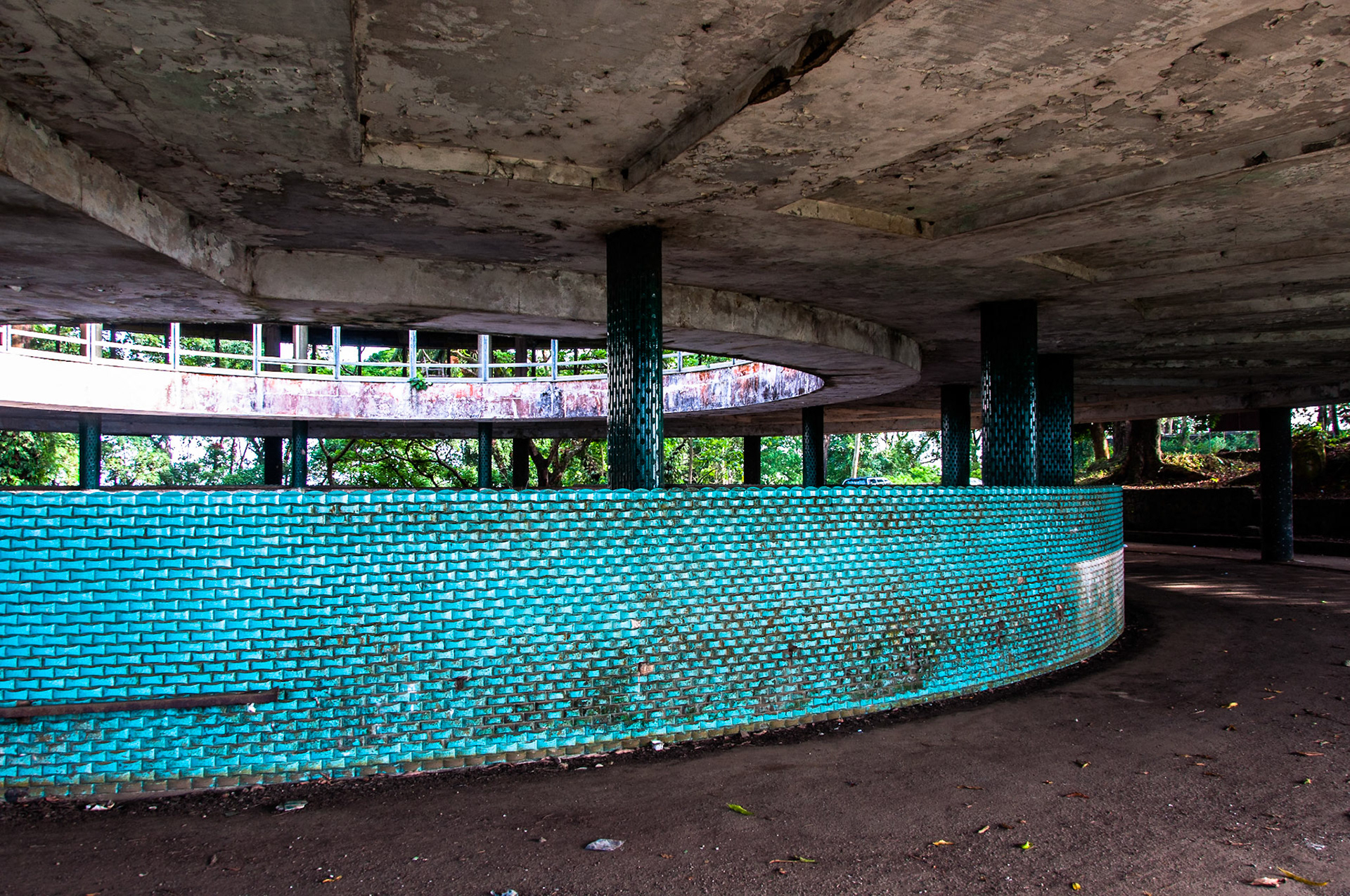 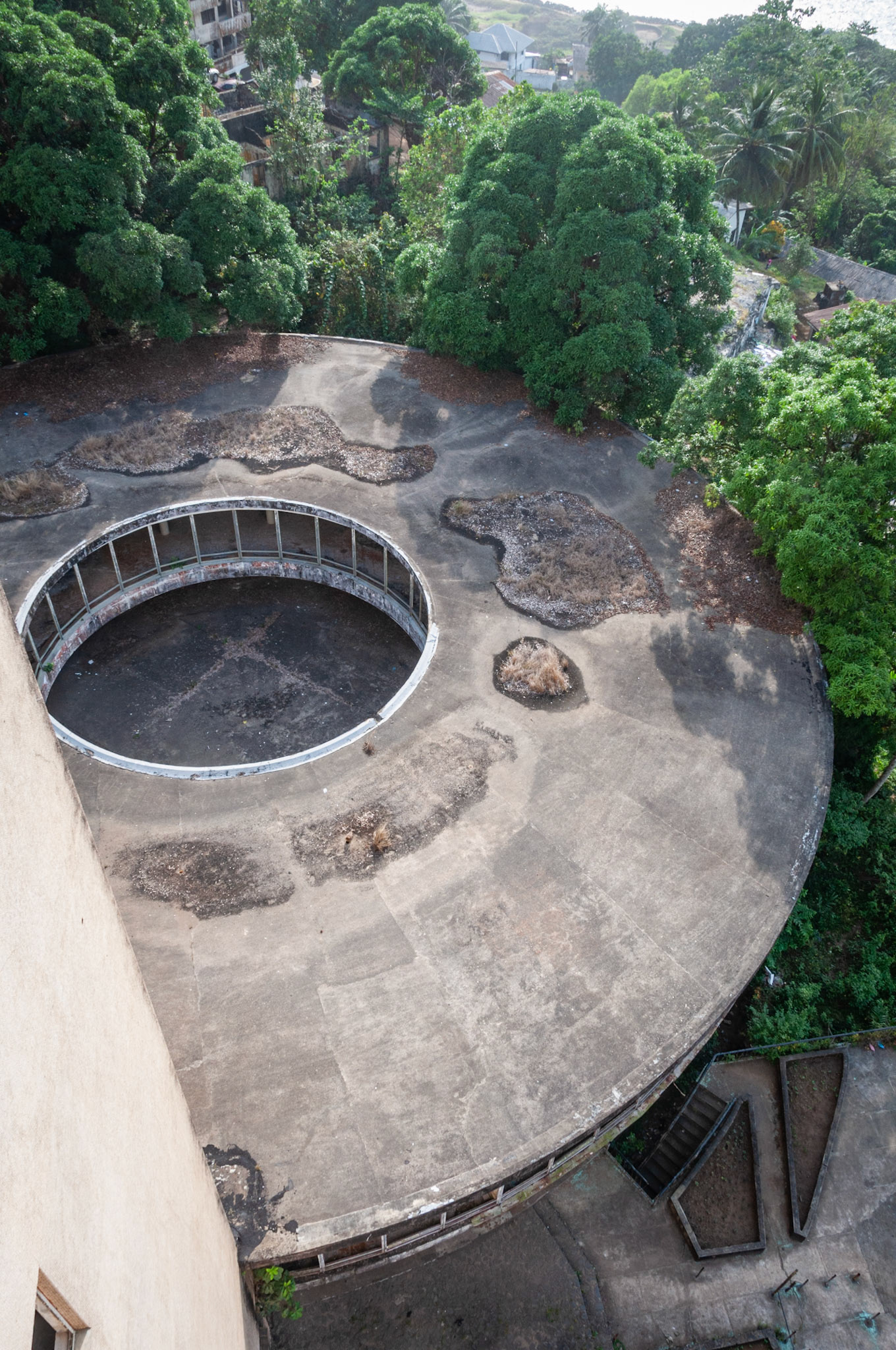 The hotel featured a large, covered circular driveway, tiled in bright blue, that dropped visitors at the main lobby. From there, they could ascend the grand circular stairway to the main restaurant. The circular restaurant was built on top of the driveway and provided panoramic views of the Atlantic Ocean to the west. 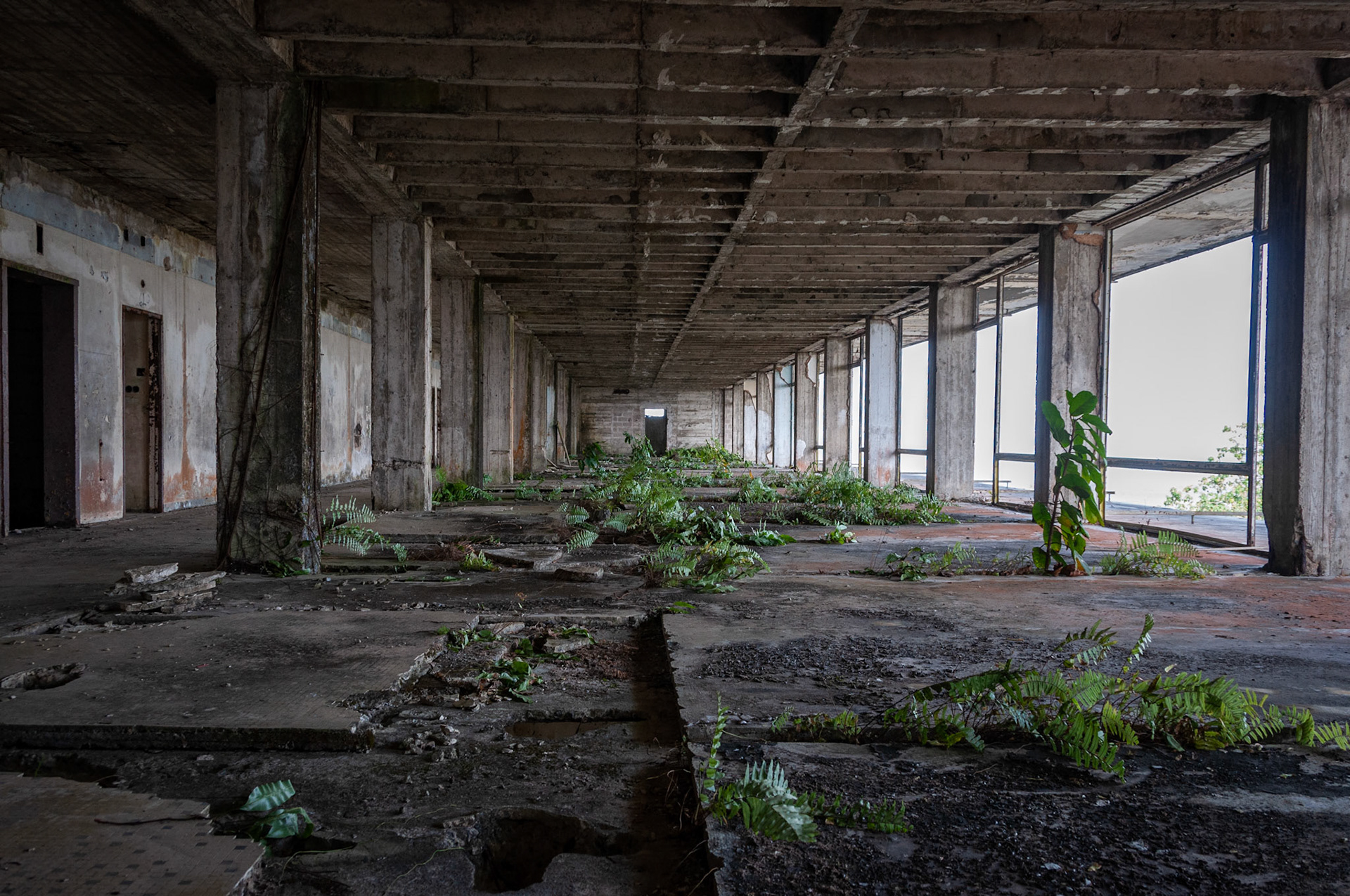 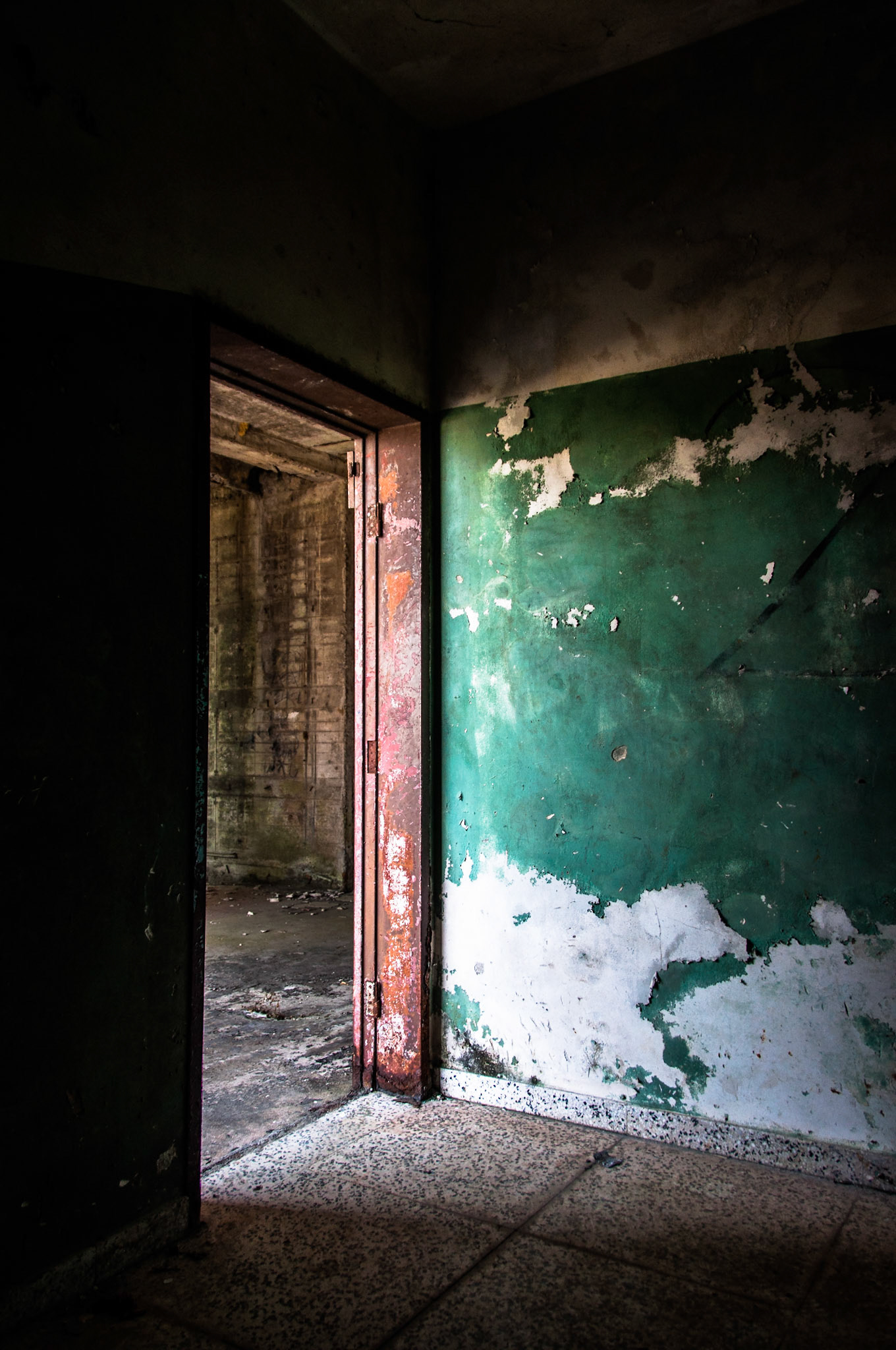 The hotel closed in 1989, just before the First Liberian Civil War. The building was severely damaged by the violence of the war and the looting that occurred afterwards. During and after the war, displaced residents of many of Monrovia‘s slums began to occupy the hotel‘s empty rooms. In 2007, the Liberian Ministry of Justice began to evict the Ducor Hotel‘s residents and in 2008, the Government of Liberia signed a lease agreement with the Government of Libya, who began clearing the property of debris in 2010 in preparation for a bidding process to be completed by June 2010. The project was delayed several times before finally being abandoned upon Liberia‘s severing of diplomatic relations with the Gaddafi government following the outbreak of the 2011 Libyan civil war. 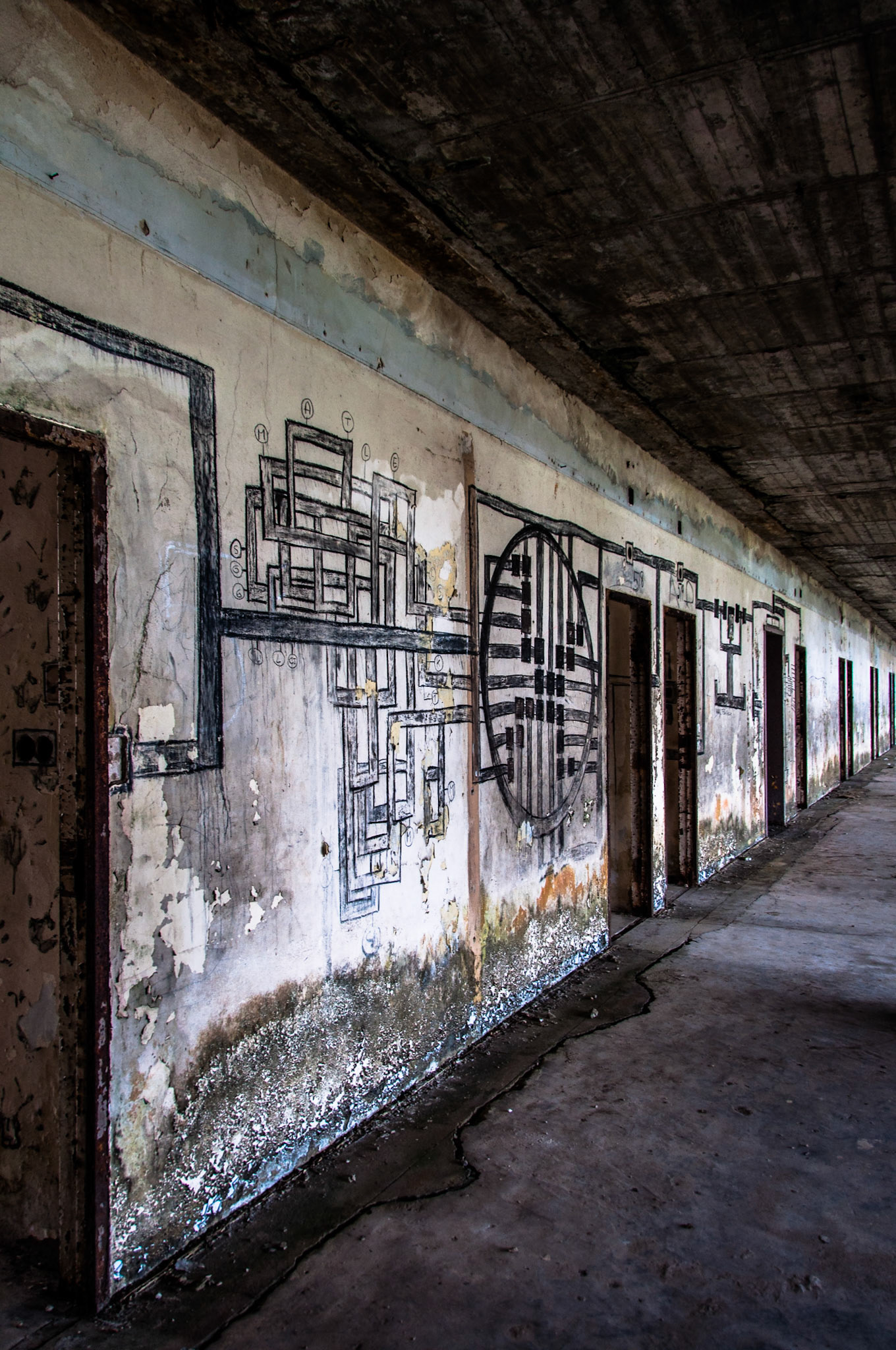 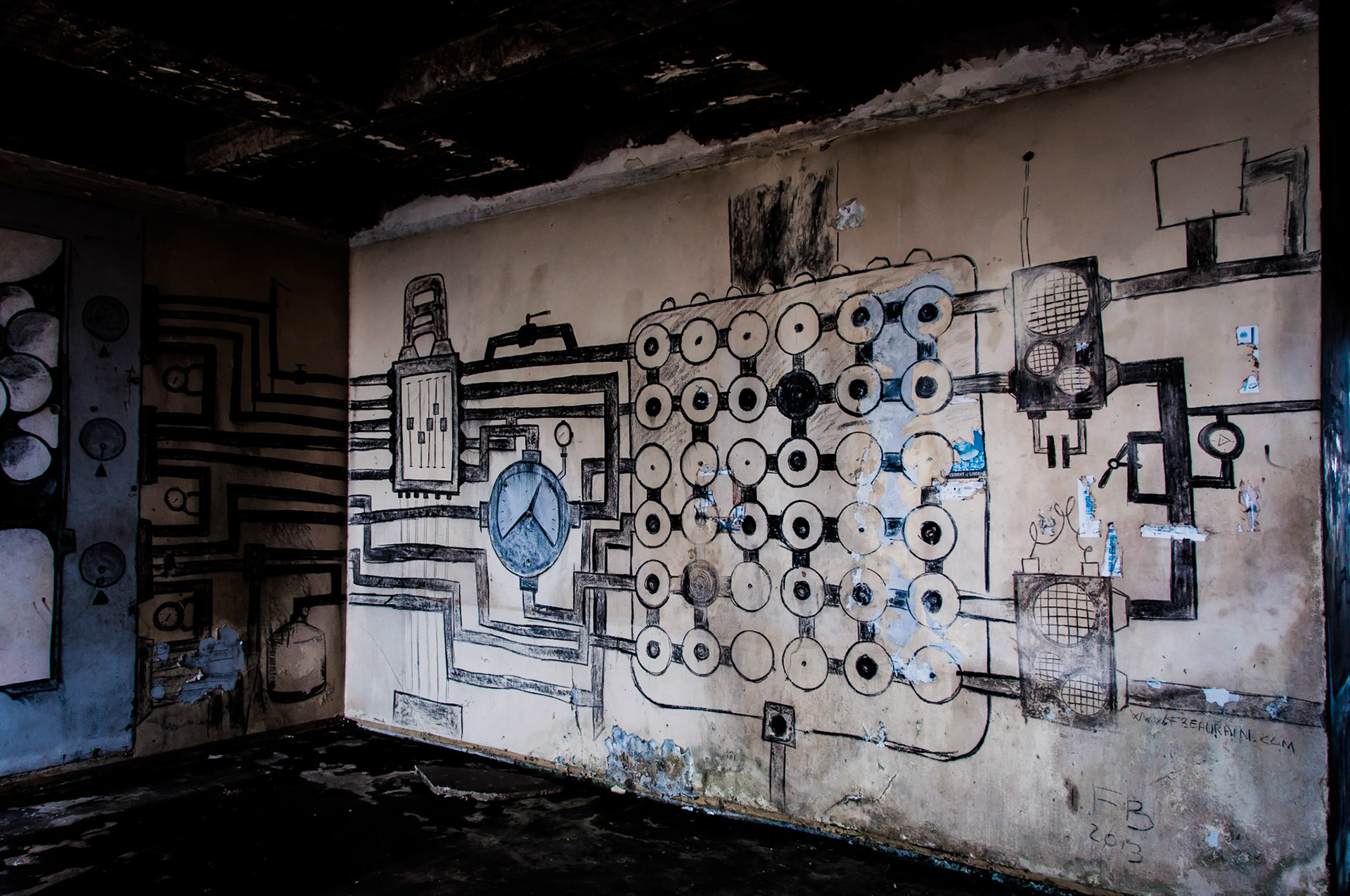 Today, anything of value has been removed from the hotel, including the windows, fixtures, plumbing, and electrical wiring. All that remains is a concrete shell. In 2013, French artist François Beaurain created what he describes as “a street-art performance aiming at bringing life back to the building. It covers a few rooms in the 5th floor of the hotel. Drawings are exclusively made out of charcoal and extend over 4 different rooms (517 to 520) and the corridor. All drawings are connected one with the other thanks to a network of cables drawn on the walls symbolizing electrical current.” For more on the artist and his work, see http://fbeaurain.com 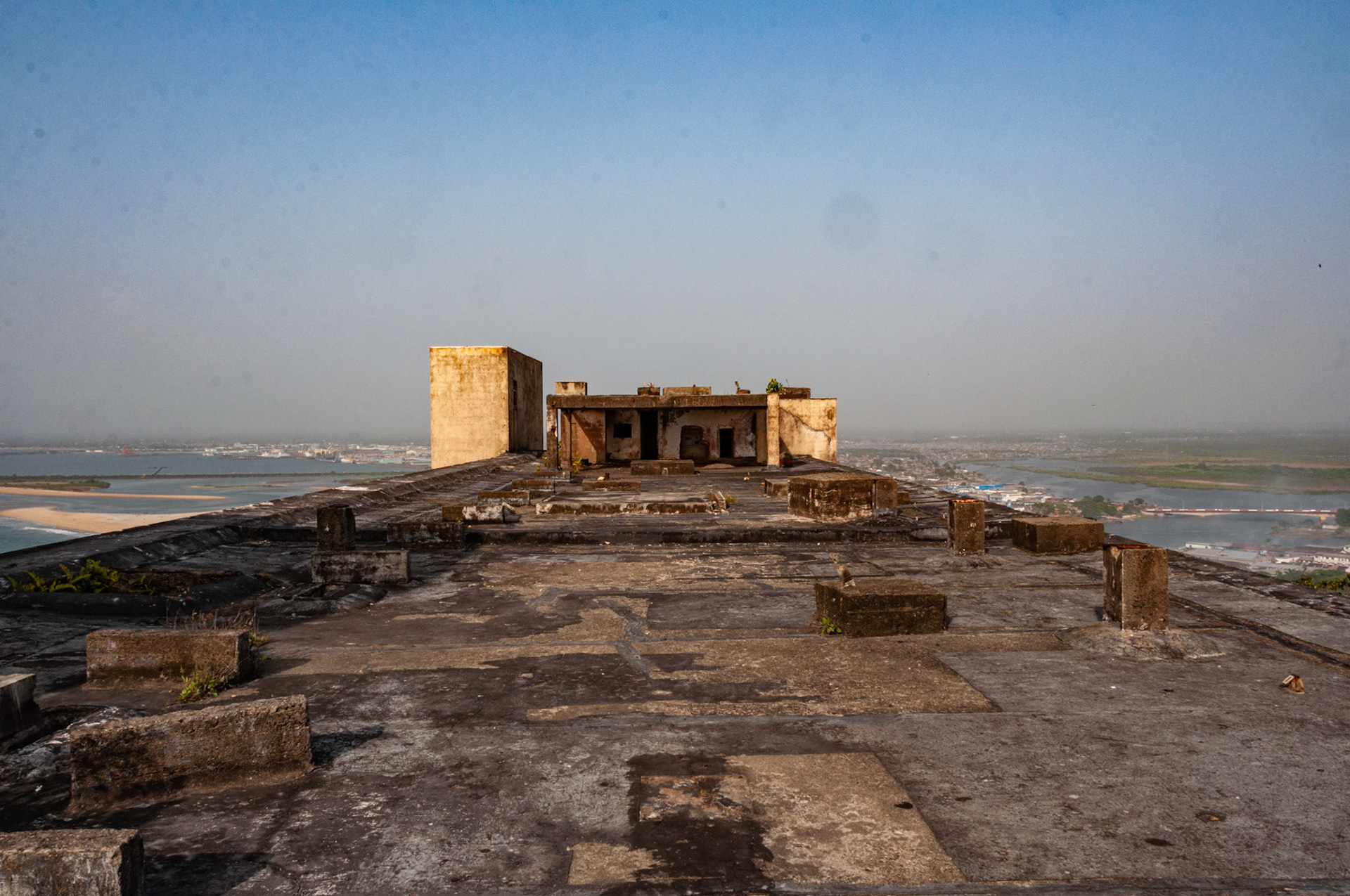 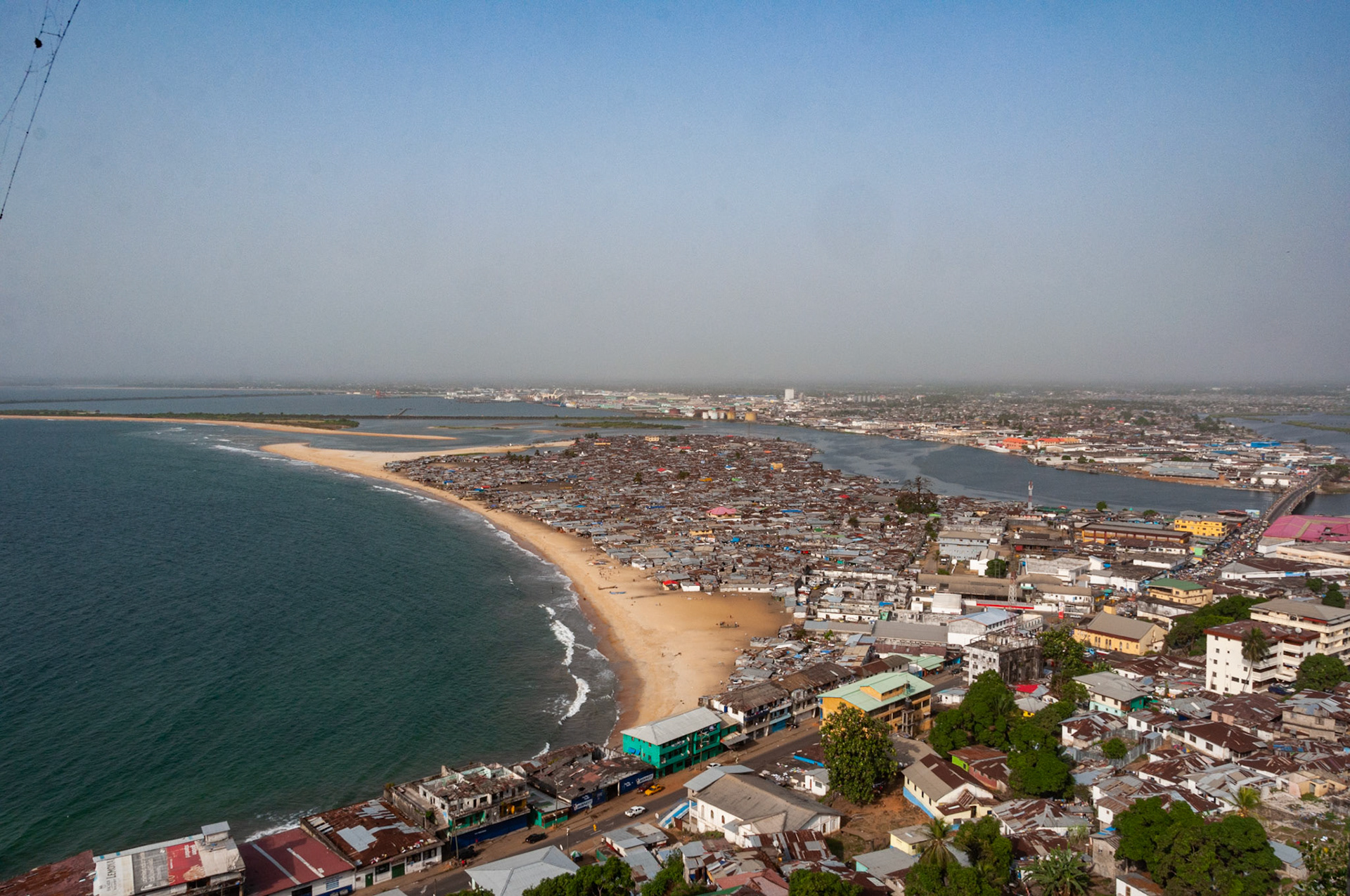 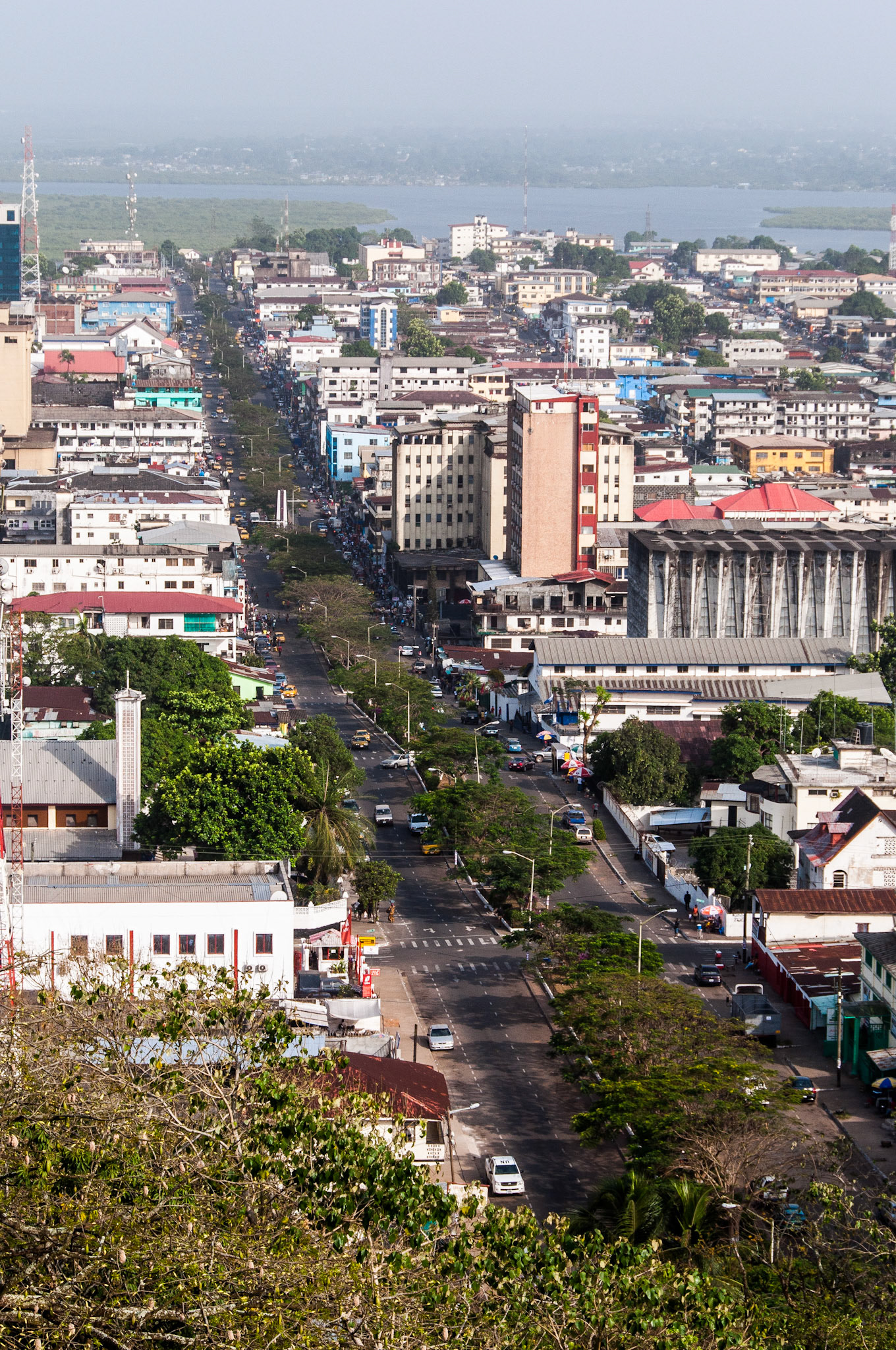 The hotel is a popular place for Monrovia residents to come and enjoy the panoramic view of the city, especially for special occasions like Christmas, New Years, and Independence Day.
↑Back to Top