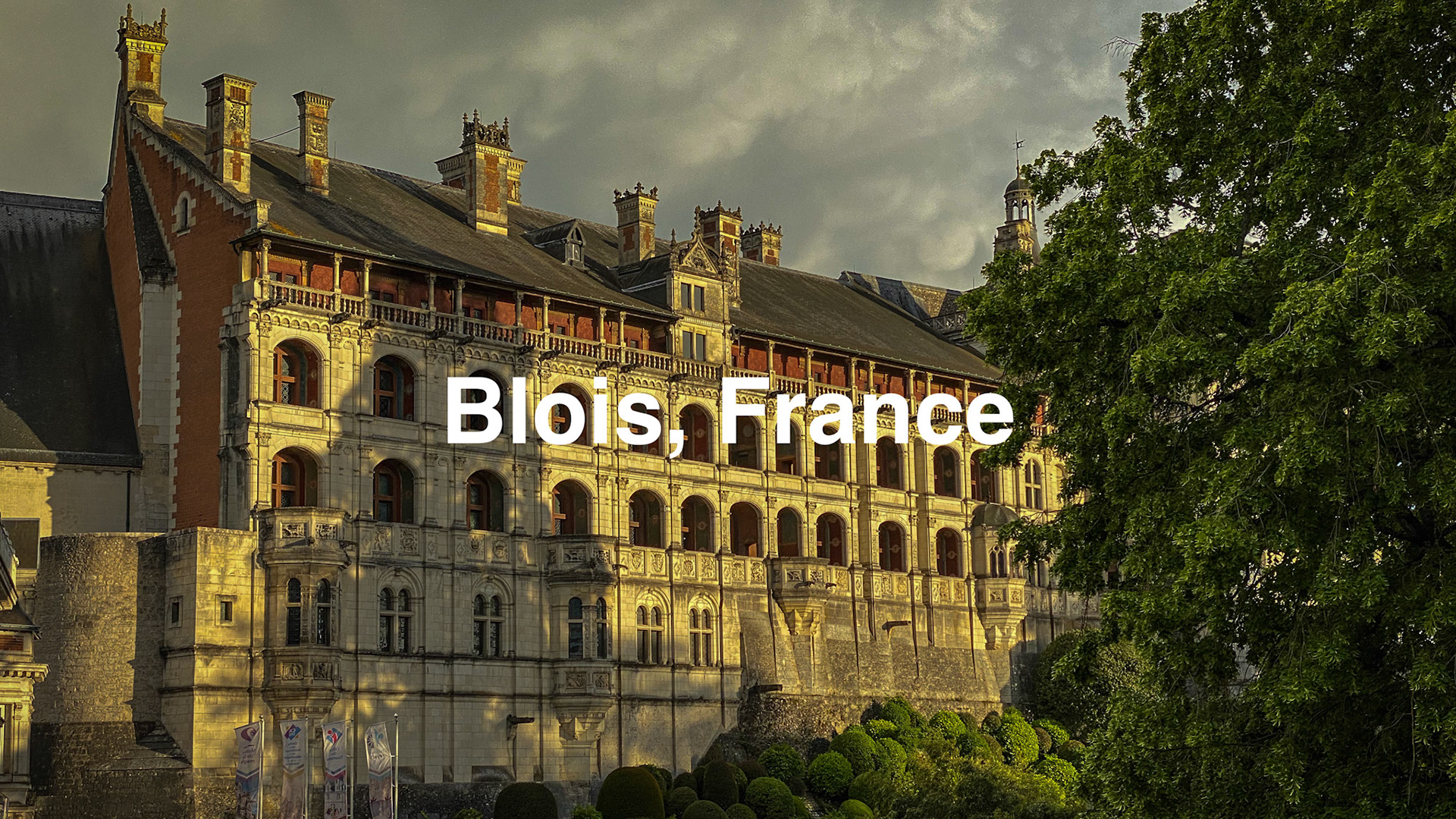 Blois is a city on the Loire River between Orléans and Tours. The first mention of the town comes from the sixth Century, and the town likely existed long before then. The most striking building in town is the Royal Château de Blois (pictured above), which was home to numerous French kings and was where Joan of Arc went in 1429 to be blessed by the Archbishop of Reims before departing with her army to drive the English from Orléans.
Construction of the Château of Blois began in the 13th century and ended in the 17th century. The multiple buildings of the Château include four architectural styles: a 13th-century Medieval fortress, The Louis XII Gothic wing, The Francois I Renaissance wing, and the Gaston of Orleans Classical wing. It has 564 rooms, 75 staircases, and 100 bedrooms, with a fireplace in each.
For more on the Château, see https://en.wikipedia.org/wiki/Ch%C3%A2teau_of_Blois 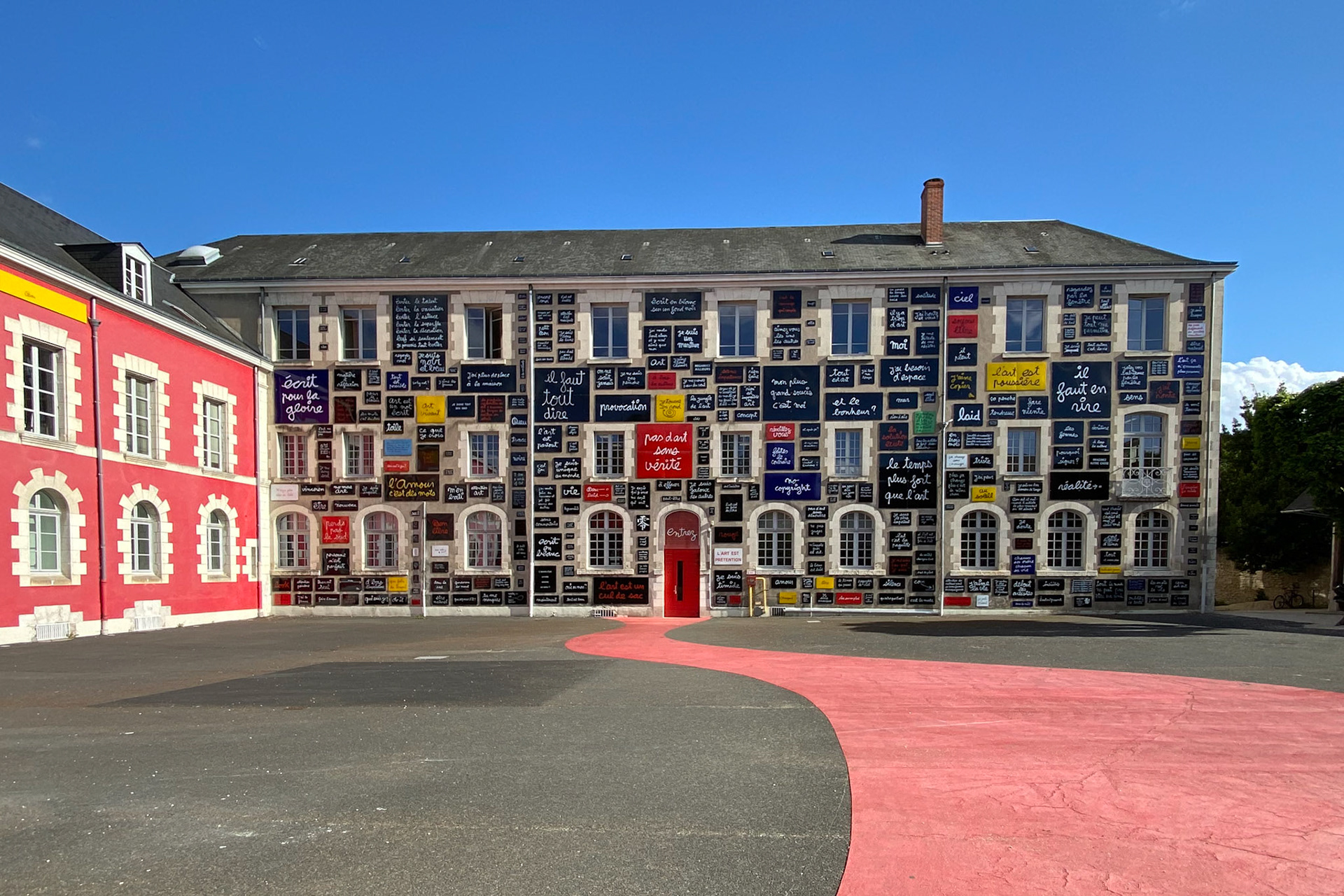 The blois.fr web site describes the Foundation of Doubt as being "Brought into being by the artist Ben, the Foundation of Doubt is neither a museum nor an art center but rather an original site that stresses the importance of non-importance, the details of life, boundless possibility, ideas, humor, theory, the manifesto, action and finally, as imagined by Ben, 'total art'."
The outside of the building is covered with these panels containing different quotes about art, including "No art without truth," "Art is dust," "Art is everywhere," and simply "Ugly."
For more info, see https://www.blois.fr/en/attractive/remarkable/foundation-of-doubt 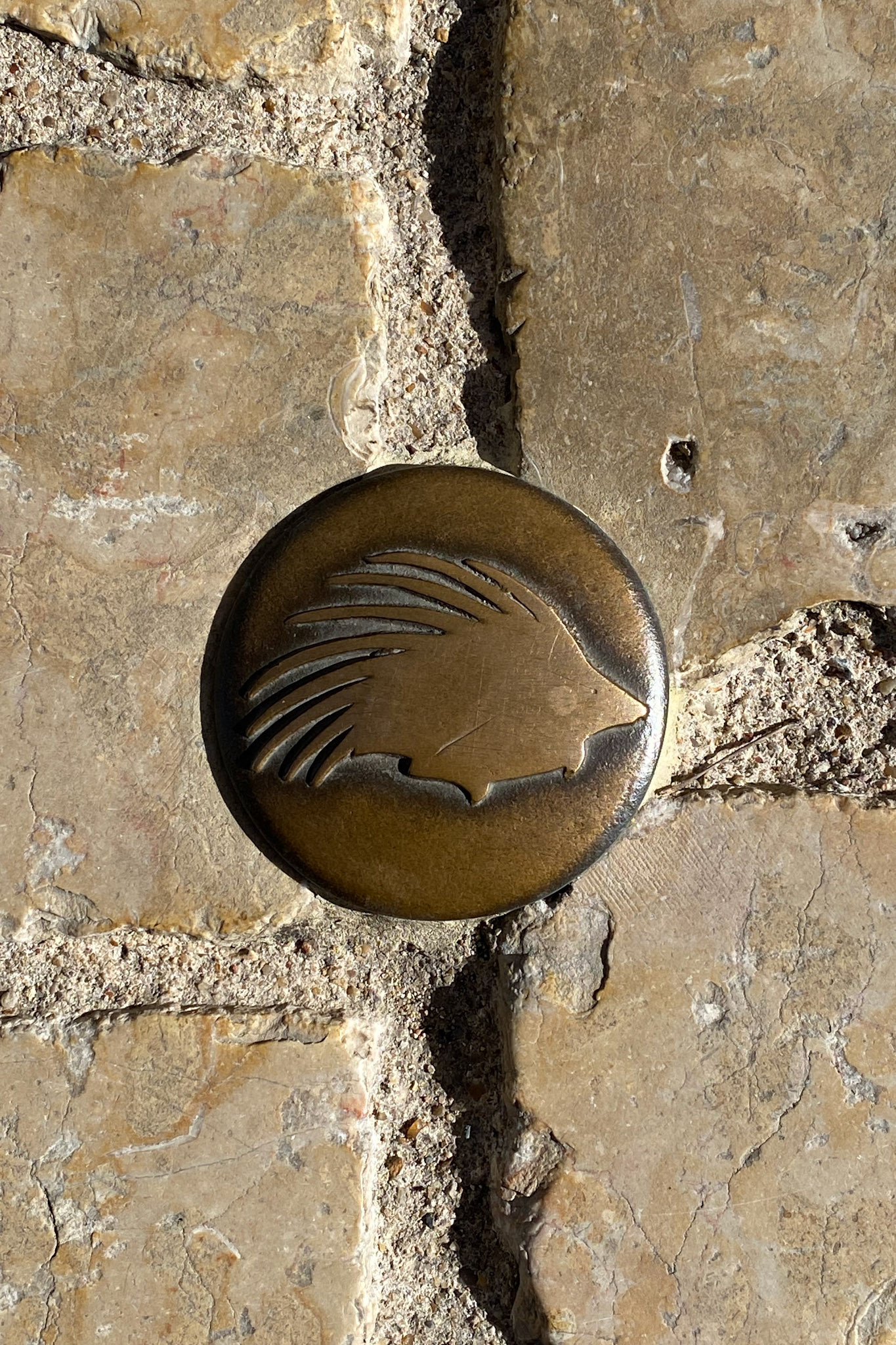 Many cities in France have small metal plates embedded in the streets, often with the city's herald on it. Blois had different plates in different parts of the city, including this one of a porcupine. The porcupine was associated with King Louis XII, who ruled from 1498 to 1515. King Louis chose the porcupine due to it's ferocious nature and ability to attack its enemies from near or far. The porcupine is featured prominently on decorations in the Royal Chateau of Blois. 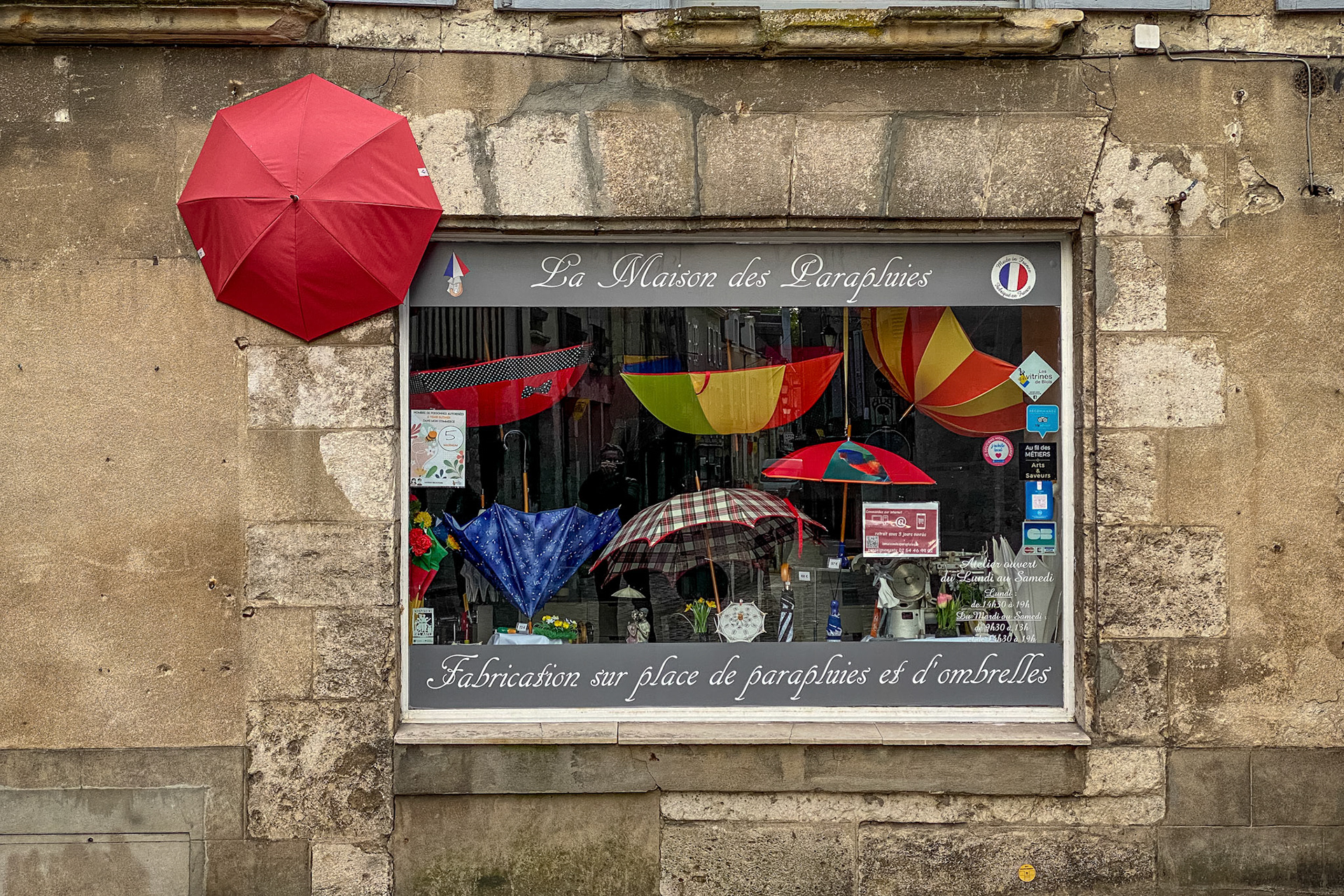 I don't know why, but this store that makes and sells umbrellas really struck my fancy. 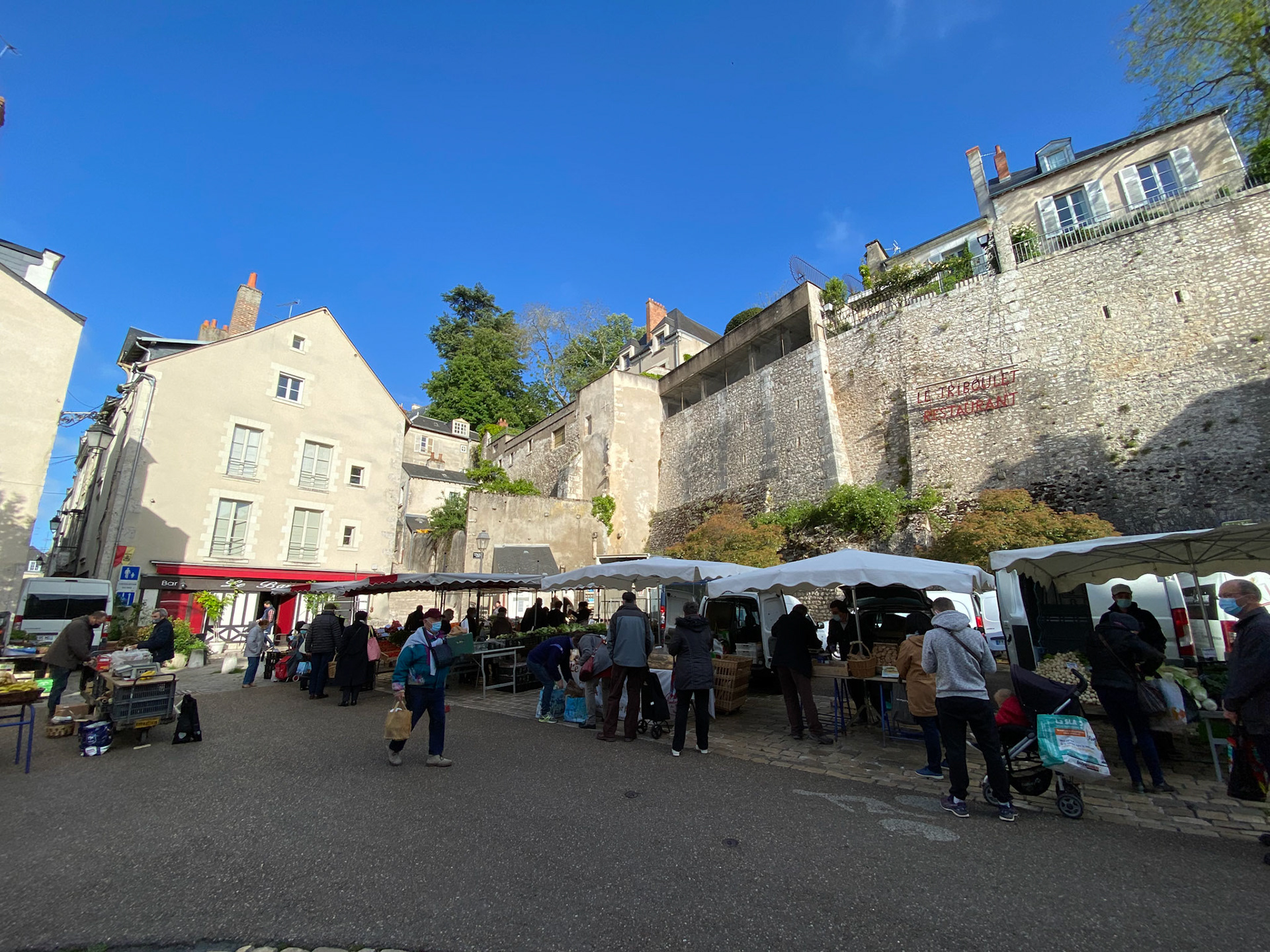 No visit to a French town is complete without visiting the local market.  The weekly market in the old section of town on Saturday morning did not disappoint! There were lots of meat, fish, fruit, and vegetable vendors as well as bread, coffee, and sweets.

Syrian Monastery
↑Back to Top